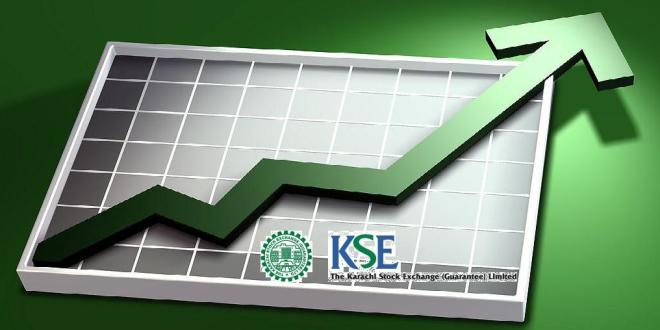 The Pakistan Stock Exchange (PSX) continued its record-breaking upward trajectory Tuesday (today) with the KSE-100 index testing the 50,000 barrier in intraday trading for the first time in its history.

On Tuesday, the index increased 164 points during intra-day trading to surpass the elusive 50,000 barrier.

The index has been on a growth trajectory ever since reports of MSCI’s decision started making the rounds.

The bullish run also made Pakistan the top-performing market in Asia and the fifth overall in 2016 after the benchmark-100 share index registered an increase of over 45% during the calendar year.

In less than a month during 2017, the index has gone up 4.4% as relentless net selling by foreigners is more than offset by domestic buying on the back of increased liquidity.

Recently, a 40% stake in the PSX was acquired by a Chinese consortium, a development stakeholders believe will bring more investment and technology upgrade to Pakistan’s stock market.

Market experts said investor confidence will get a boost tomorrow in case the KSE-100 ends up closing above 50,000 points on Tuesday.

Although the index was nearing the 50,000 level and foreign selling continued unabated, local investors threw the caution to the wind and continued to build new positions in almost all sectors.

The trading volume jumped to 600 million shares from 460m shares traded on Friday while the value increased to Rs24.5 billion from Rs22.9bn.

The significant feature of the day’s trading was the huge volume of 214m shares that changed hands in K-Electric, which was 36pc of the day’s total volume.

Earlier in December, a Chinese consortium acquired a 40pc stake in the PSX. At least 17 entities had expressed an interest in the PSX, whose benchmark stock index was one of the best performing indices worldwide in 2016.

Following the sale, the company plans to offer 20pc of its shares to the public, officials said.

Pakistan was part of the MSCI EM Index between 1994 and 2008. However, the temporary closure of the stock exchange in 2008 led MSCI to remove it from the index and classify it as a “standalone country index”. MSCI made Pakistan a part of the Frontier Markets Index in May 2009 and it has remained as such since then.

Although the actual reclassification of the index will follow later this year, global investors tend to start factoring in the reclassification ahead of the actual change, which prompts massive inflows of global funds in the case of a favourable decision.