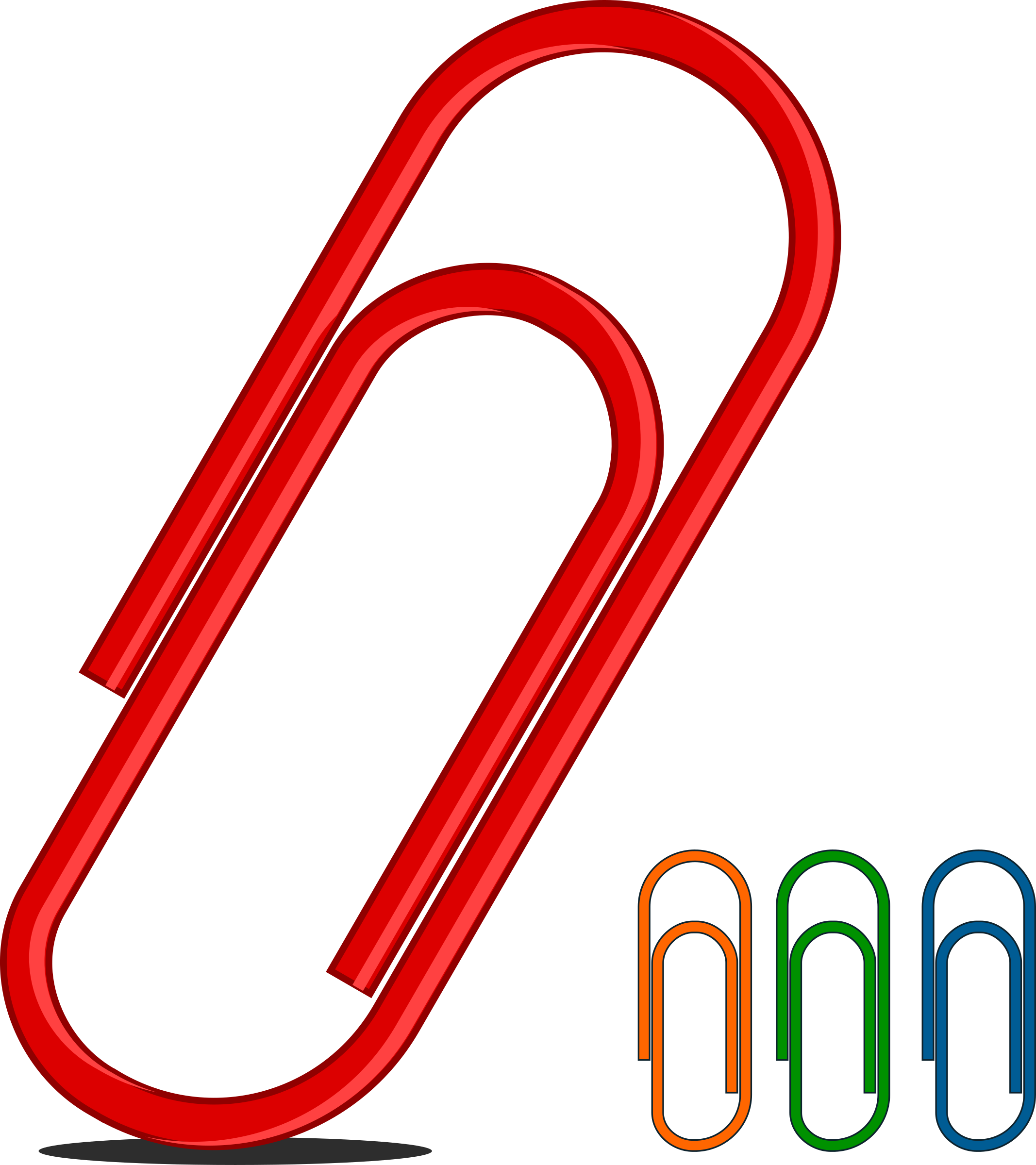 The choice of marketing is one of the most strategic decisions a business makes.Would you rather spend on conventional types of advertisement (billboards, TVCs etc.) which have a wide customer reach or would you improvise? At the end of the day, the decision primarily depends on the entrepreneur’s disposition and the sort of enterprise under consideration.

Dr Badar Tauqeer is an Aitchisonian by schooling and a doctor by family tradition and education, but an entrepreneur by choice. He decided to deviate from the conventional and promote his concept in a  differentiated way. Instead of spending an average of two lakh rupees on billboard advertisement monthly, Badar and the company’s co-founder Hasnain Ali decided to use their outlet’s prime location as the advertisement tool itself.

“I believe that the right location, albeit expensive, compensates for not advertising since it’s located at such a place that the target market can see the store and visit it; no need to advertise,” says Badar, adding that he is paying a hefty amount in shop rentals.

He goes on to add that if he had instead decided to settle for a place that was not so central, and thus less expensive, he would have had to bear recursive advertising and marketing expenses.

“So why not invest the money wisely and choose a prime outlet location instead of a prime billboard location?” asks the 32-year old Badar.

Opened in January 2016, Paper Clip is a stationery-cum-school supplies store (uniform and textbooks) located off the Main Boulevard (opposite McDonalds’ franchise) in Lahore – offering two categories of products that are usually sold separately in Pakistan: school uniforms and an assortment of stationery.

Unlike the majority of ‘somber-looking’ stationery shops one comes across in Pakistan, this one strikes an immediate spark of optical pleasure when looked upon from the outside. Designed with parametric wooden cubes cut in a symmetrical manner, the outlook is simple (Louvre style) but ensures that the entrants’ attention is drawn to the colourful array of  products that adorn the wooden shelves instead of the shelves themselves.

“The design was carefully chosen to make sure that the right sort of ambience is created,” says Badar, adding that the lights play a pivotal role in making the shop’s atmosphere worth experiencing. The shop’s glass doors and glass windows  allow the passersby to catch a glimpse of the entire ground floor of the shop. The first floor houses uniforms, books and bags for school-going children.

Adjacent to the shop (Paper Clip), Badar is gearing up to launch the Ink Factory, which would offer the facility of digital printing on any medium of choice:acrylic, steel, wood, plastic, marble, merchandise, notebooks, stationery etc. The imported machine can handle all sorts of materials.

“As of now, we are offering our own design templates which people can use for digital printing, but with the Ink Factory, our users can make their own designs,” explains Badar, adding that half a dozen local artists (mostly NCA graduates) have been taken on board to provide designs. In return, the artists will be paid a royalty fee every time their design is opted for by a customer. The move aims to engage the local art community and create a passive revenue stream for these artists.

The Ink Factory will be accessed from within the adjacent shop (Paper Clip) and will also host a small coffee bar for customers on wait.

“People will have the opportunity to see the printing live, and while they wait for their stuff to be readied, they can enjoy a cup of coffee here,” says Badar, highlighting that such a service and customer experience is not available elsewhere in the country but that the demand for it is huge.

Paper Clip  began back in 2007, when the two youngsters (Badar and Hasnain) decided to venture into a business of their own instead of working for others. They began with a printing press.

“Being an active participant in the co-curricular activities at Aitchison, I already had some experience in printing since I had to get brochures and pamphlets printed for events,” recalls Badar.

Badar spent an agonizing four months in the heart of the printing market of Lahore: Royal Park, to learn the tricks of the trade and to shortlist  vendors  suitable for his business needs.

“Some had better paper quality while some excelled at binding; so I had to spend some time in the market to know who I could outsource my work to,” says Badar. It began with catering to the stationery needs of corporate clients such as  banks and MNCs in 2008. Soon after, the co-founders realized that the gaps in the stationery  market offered potential gains in the booming education (largely private schools) industry of the country.

They put their plan in action by  renting out rooms in leading private schools of Lahore such as Lahore Grammar School and Beaconhouse TNS and selling stationery at schools by the name of HY School Stores. Paper Clip also falls under the same brand name since it’s an extension of HY School Stores. The response it received was so phenomenal that the company decided to launch a flagship store in one of the most sought-after locations of Lahore: Main Boulevard, Gulberg. The flagship store caters to a large segment of customers that usually shop in the evening; since the schools close down the shop at 4 pm. All the expansion so far has been funded by the co-founders, their parents, and the profits earned being reinvested back into the business. The duo has thus managed to avoid external borrowing so far.

Similar to the many small businesses taking root in Pakistan through family funding, Paper Clip too began with being funded by the co-founders’ fathers. A meager amount of rupees one million was lent to them by their parents, and the reluctance of the investors in giving the money to the youngsters for their ‘career-derailing’ decision fueled their determination to succeed at it.

“It was actually in 2010 that our fathers praised us for the progress that we had made and it motivated us a lot” says Badar.

As of now, Paper Clip has an accomplished team of employees that look after the production of spiral notebooks, wrapping paper, gift boxes and cards.

The shop offers over seventy brands, majority of which are international brands like Moleskine, Paperblanks, Paper-Oh, Muji, Deli (largest stationery brand in China), Mont Blanc etc. It considers every shop selling similar products as a competitor. That makes the entire Urdu Bazaar a competition for Paper Clip.

Lowest margins in the list of products offered by Paper Clip are related to products like envelopes and writing pads among others that are sourced and manufactured locally.

“Margins are low because the manufacturers are usually not tax compliant while we are,” says Badar, adding that the brunt of taxes is thus borne by Paper Clip instead of the end customer, reducing margins significantly.

Even though the education industry cannot be strictly  termed a seasonal industry per se, it does behave like one post the summer holidays. The months of August and September, the time when the new academic year commences after  the summer break, back-to-school shopping spree at uniform and stationery shops is a sight to behold. Although a  hectic and frustrating experience for the parents, it is the best time of the year for the stationery and uniform businesses.“The revenue generated during these two months is more than the money generated in the entire year,” says Badar.

In terms of revenue contribution, corporate clients contribute an overwhelming proportion of the total, almost ninety per cent, while retail sales from the outlet accounts for the rest of the revenue. Paper Clip also has two ‘stationery vans’ that are on the move six days a week, from nine am to five pm and follow fixed routes, supplying customers with stationery and even day-to-day pantry items like tea during the day.

The co-founders have one aim in mind for the future: make Paper Clip an outstanding example of best practices which embody the efficiencies of the developed world while remaining in sync with the local cultural norms. Seems like that would require a whole lot of effort, and a long way to go.