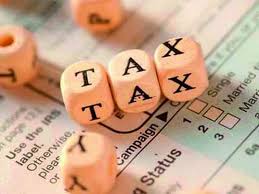 The unchecked similar taxes collected by federation-provinces and the further taxation through local governments have multiplied the woes of the taxpayers across the country. The tax burden accompanied with procedural complications has increased the sufferings of honest taxpayers of our beloved motherland. The federal government needs to introduce the required tax reforms in the forthcoming budget to reduce the burden on the heavily taxed people which would ultimately result in broadening of the tax net.

According to a report regarding ‘Tax Reforms’ shared by the Sustainable Development Policy Institute (SDPI) on Tuesday, April 25, 2017, all provinces have different tax rates and most try to tax the same shrinking sources of income and wealth – thus leading to an additional burden on the already taxed sectors.

This, in the long run, can lead to a very harmful and counterproductive tax competition between the provinces. In order to harmonise the taxation system across the provinces, all provincial governments can; consolidate the large number of sub-national taxes, reduce compliance costs through a merger of provincial revenue authorities, introduce a unified tax return and central deposit system for payments, establish an inter-governmental tax committee for dispute resolution and harmonisation of tax code, and integrate the audit capacities of provincial tax authorities.

The report of the Tax Reform Commission in 2015 had noted that federation-provinces tax coordination issues will eliminate any relief to the people. Rather, the tax burden accompanied with procedural complications will increase manifold, in turn also increasing the cost of doing business.

It is also recommended that Tax Reform Commission’s mandate may be broadened, enabling it to study provincial tax reforms in Pakistan. An improved liaison with the FBR is also desired so that a balance between taxes on goods and services can be achieved. Finally, the FBR should allow access to all the provinces for obtaining data on income and wealth from the data warehouse at Pakistan Revenue Automation Limited.

The research of SDPI claims that the Federal Board of Revenue through its field offices is attempting to tax the services in spite of the fact that sales tax is being paid at the provincial level already. This results in double taxation and consequently there are numerous appeals pending against the duplicate imposition of sales tax on services.

SDPI has suggested the government to allow a single unified tax return form for all forms of taxes across provinces. Besides, collection/deposit may be done centrally with auto-transfer of the collected provincial amount to provincial revenue authorities. There should be an integrated database of income and wealth sources at the provincial level and the provinces should demand access to databases of income and wealth sources available with federal government. GIS-based validation of land holdings, commercial, wholesale and retail activity may also be carried out by the government.

According to Dr Vaqar of SDPI, Pakistan is in the list of countries with higher number of taxes per year. According to the World Bank’s Ease of Doing Business Data, Pakistani businesses during 2016-17 face 47 different taxes, a mind-boggling number of taxes. What makes the task of forecasting business expenses more difficult is the plethora of withholding taxes which are almost the same or in some cases more than the overall taxes applicable on a business.

As the country is going to introduce another budget, he suggests, it is most appropriate to consider how Pakistan can move towards a fairer and just tax regime. Like in most efficient tax systems, the fiscal regime should transition towards: a) broadening of the direct tax base with lesser reliance on regressive withholding taxes, b) reforming indirect tax rates through simplification and reduction in GST rates, removal of federal-provincial multiple indirect taxation, phasing out of federal excise duty, and putting in place a more transparent customs duty structure, c) ensuring a more balanced tax contribution by all sectors of the economy i.e. agriculture, industry and services and the removal of tax exemptions which cannot be justified on scientific or welfare grounds, and d) expediting tax administration reforms at both federal and provincial levels.