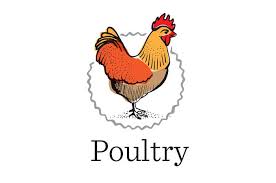 The Pakistan Poultry Association (PPA) on Monday laid bare the highly unfair treatment meted out to the industry by the tax mandarins before the finance minister that resulted in hiking up the poultry prices locally and making it unable to compete internationally.

Finance Minister Ishaq Dar held separate meetings with delegations of Pakistan Poultry Association and Pakistan Kisan Ittehad on Monday and exchanged views with them on their budget proposals.

PPA complained that the industry was treated unfairly by the FBR. They said that if fair treatment was provided to them, it could result in huge investments in the sector that would help lower poultry products’ prices locally and increase exports.

They mentioned that the import duty on poultry equipment and machinery was 15 per cent, while sales tax of 17 per cent and a regulatory duty of 15 per cent was further imposed. How could it compete internationally in the current scenario, the delegation asked.

It was also highlighted that the government has given tax incentives for the import of all kinds of machinery except the poultry industry. The minister assured the delegation that the matter would be looked into and relief would be provided in the upcoming budget.

PPA said they could export poultry value added products but was unable to do so due to the heavy taxes. They mentioned that the import of spices was heavily taxed even though a few of the spices were produced in the country. They said that value-added products were heavily taxed at by Rs 50 per kg.

They demanded duty-free or less duty on the import of formulation spices for poultry products which have a huge demand in the Middle East, Far East, Central Asia and Europe.

PPA said the country has 3 per cent import duty on agricultural seeds. However, the poultry seed, the grandparent stock is taxed at 21 per cent. They said that the tax comes at Rs 10 per chick. The medicines for the poultry flocks were also heavily taxed. They mentioned that 70 per cent of the chicken feed is imported and it is heavily taxed at 15 per cent.

They also demanded to make the exchange rate-real, which they said was close to Rs 120 per dollar. However, the finance minister opposed the move as it had political implications for the government.

They demanded a ban on importing poultry products with a foreign language. It should be allowed to be released in the local market with ingredients and other important information about the product written in Urdu. This step will provide a level playing field to the local manufacturers.

PPA disclosed that the Pakistan Solvent Oil Extractors Association were allowed the import of Soybean at 6 per cent import duty and if poultry industry imports it for their chicken feed, the duty is doubled and a 17 per cent sales tax is also imposed. They said soybean had only 17 per cent oil, as compared to sunflower seeds having 70 per cent oil and canola 43 per cent oil.

An official statement said that the Finance Minister Ishaq Dar held separate meetings with delegations of Pakistan Poultry Association (PPA) and Pakistan Kisan Ittehad on Monday and exchanged views with them on their budget proposals.

In his meeting with the PPA, the minister emphasised on the smooth supply of poultry meat during the holy month of Ramadan. He said the government would keep a close watch on poultry prices and the association must also extend its support to the government for a thorough price check for the benefit of the general public.

The minister said that the poultry sector has a significant contribution to the economy in terms of revenue generation and the government would facilitate this sector to every possible extent possible.

While having a discussion with the Kisan Ittehad delegation, the minister said that agriculture is the backbone of the national economy and a large chunk of the population is associated with it. The government has already given a number of incentives to the agriculture sector. Among others, these include the provision of fertiliser on special subsidised rates which aims at boosting the agricultural production of the country. The farmers must make full use of this facility.

The minister said the government would give due consideration to the proposals submitted by the delegation and give whatever relaxation is conveniently possible for the farmers.

Senior officials of the ministry of finance, FBR and ministry of national food security attended the meeting.