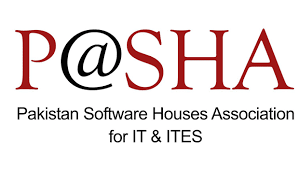 — IT sector can prove to be a game changer

Other regional countries like India, China, Sri Lanka, Bangladesh and Myanmar have shown better results as compared to Pakistan which should be noticed, he said.

Mian Zahid Hussain said that despite odds, the Pakistan’s IT sector has grown by 76 per cent in three years while the exports have jumped by 98 per cent in four years which reflects the efforts of Jehan Ara, Shehzad Shahid, Barkan Saeed, Ali Syed, Haider Altaf Janjua and Jawwad Ahmed Farid for that Pakistan Software Houses Association deserve utmost appreciation.

We have over fifteen thousand registered companies while this sector needs over twenty thousand IT graduates while the supply is less than half of it, he said, adding that IT universities are not providing education that can help in the fast-changing world.

The government can resolve the issue of quality of education by consulting Higher Education Commission and Pakistan Software Houses Association.

Mian Zahid Hussain said that country’s image, travel advisories and visa restrictions are also hindering investment and growth of this sector while many local companies should have an alternative location in Dubai, the US or elsewhere to become acceptable for the customers.

Government support can boost exports to $ 5 billion within few years, he said.