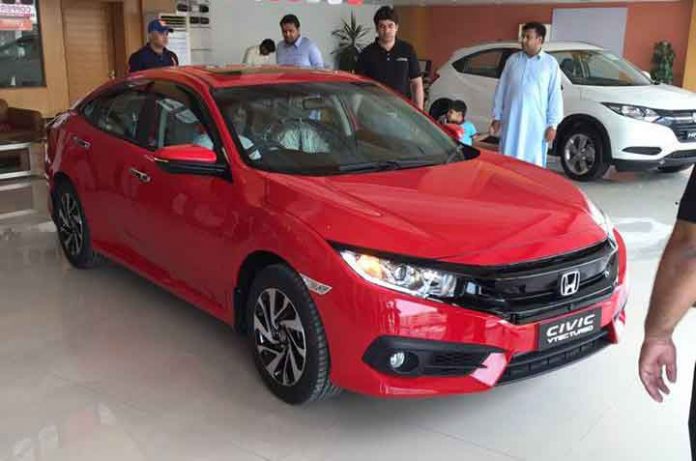 KARACHI: Honda Atlas Cars Limited (HCAR) saw a 5 per cent decline in its revenues for the quarter that began in October 2017 and ended December 2017.

The lower revenue and subsequent profits for the period have been attributed to the ongoing debottlenecking of the paint shop, which has resulted in a volumetric decline of 3 per cent on Quarter on Quarter (QoQ) basis to 12,175 units, with 9,087 units for Civic and City and 3,088 units for BR-V.

The earning per share (EPS) for the period stood at 9.9 per cent, which declined from 12 per cent at QoQ and 5 per cent at Year on Year (YoY) basis.

The decline in margins is attributable to higher steel prices, up by 7 per cent QoQ and 23 per cent YoY and huge discounts allowed to dealers on BR-V sales.

Meanwhile, other expenses surged 3 folds YoY and 23 per cent QoQ to Rs 316 million due to higher exchange losses in the period under review, given the negative movement of the Pakistani rupee (PKR) against Dollar (USD) and Japanese Yen (JPY) against USD was set at 1 per cent QoQ and 1.7 per cent QoQ, respectively.

Effective taxation clocked-in at 33 per cent compared to 38 per cent in 2QME18 as the company booked super tax.