Cost of corruption to businesses 20 per cent in Pakistan: DG NAB 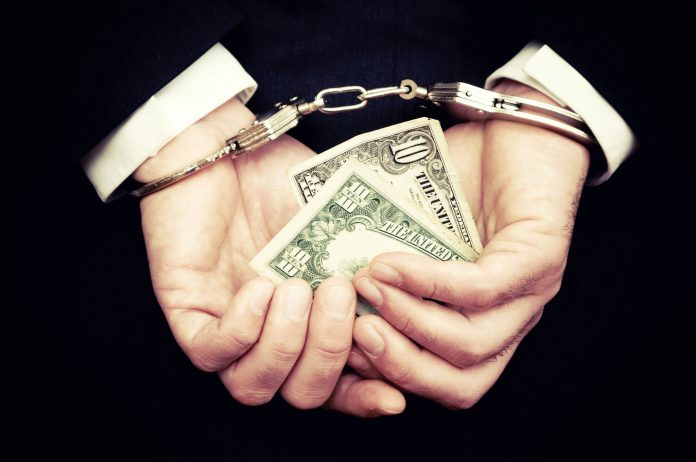 “Many pieces of research around the world suggest that corruption increases the cost of doing business by 10 per cent. But in Pakistan, according to our study, it increases the cost by 20 per cent,” Bawany said during a seminar on ‘Role of Business Community in Curbing the Menace of Corruption’ jointly organized by KCCI and NAB on Thursday.

Although Bawany was called to speak at the podium many times by the host, he managed to be the last to address the audience and grilled each of the KCCI speakers.

“Who created this atmosphere of corruption?” questioned the NAB DG referring to former KCCI President and renowned Industrialist Siraj Kassam Teli, who had earlier said that there’s a ‘culture’ of corruption. Almost all KCCI officials left an impression on the audience that they want NAB to be soft on its members.

“We all are responsible for this atmosphere of corruption. We all have to make efforts to end this,” he said.

Earlier, Kassam also said that people should speak the truth. On this, Bawany asked KCCI, “If KCCI makes all of its members to speak the truth then half of Karachi will straighten up (of corruption),” he said. He added that the developed nations have progressed only because they speak the truth.

Bawany also advised the business community to do research before interacting with government officials. He asked them to educate themselves and know their rights.

“You (business community) are even bribing when you don’t even need to bribe. You are not ready to research (and understand laws etc),” he lamented.

“If the chamber decides not to give bribe, then things will start getting better. Everyone has to play their role and we are playing our role. We have initiated inquiry and investigation against 35 of our officers and some are still behind bars,” he said.

Bawany also lamented that most of the KCCI officials’ grievances were based on rumours.

Earlier, the ruling group of KCCI, Businessmen Group Vice Chairman Haroon Farooki criticized NAB on some cases and talked about the nitty-gritty of a case regarding Jodia Bazar businessmen, who had problems with their invoicing. He also requested DG NAB that they should take KCCI on board while dealing with its members.

“Flying invoices are totally illegal and there should be no doubt about that. The case is still in the court so there’s little to comment on,” he said.

He added that summons should be responded in time. The accused person’s version is compulsory for them to proceed with the case. But people don’t respond to it.

Bawany added that the NAB work was very confidential in nature and it only goes after those who have committed the crime.

“I regretfully have to say that everyone talked about rumours. We initiate court proceedings after a very hectic and lengthy process and only the cases, which are beyond doubt, are sent to the court,” Bawany said.

“NAB takes a decision after discussion in a group of four to five people as per the requirement of the case. If it is related to a bank then there will be a banker, likewise, there be a lawyer and industry expert. At the moment we have more than 400 cases, which we call ‘work in process’,” he said.

He also criticized another former KCCI President and Vice Chairman BMG Zubair Motiwala for having a soft heart for low-salaried but corrupt government officials.

Motiwala said that there’s a common notion that a person with a salary of Rs 25,000 deserves Zakat, therefore, there should be a hike in salaries in order to curb corruption.

“Nobody stopped them to quit the (government) job. They are doing it at their own free will. We need to discourage corruption. If we don’t then this nuisance will increase. Need-based corruption and greed based corruption only has a hairline difference. Primary government teachers receive 40,000 while private teachers get only 10,000 and work for eight long hours or even more. While government teachers don’t even work. They don’t even go to school. There are thousands of ghost teachers in interior Sindh,” he said.

He also explained that plea bargain was not as controversial as it is thought to be. He said that running a case in the courts is a hectic and expensive process and added that the amount recovered from a plea bargain was a sum of the original amount and the gains accrued on it.

“Only jail is forgiven but the person remains convicted for 10 years. It means the person cannot be elected anywhere and cannot get bank loans. It is comparable to Islam’s diyat concept. The convict only buys to elude jail-term through a plea bargain,” he explained.

Meanwhile, Bawany also informed that NAB has recovered Rs30 billion not including bank loans recovered, which total to Rs100 billion.

Earlier, KCCI President Mufassar Ata Malik said that KCCI was the largest chamber in the subcontinent and is among the top 10 chambers worldwide.

“Corruption plays havoc with the economy. Backroom deals and bribes not only steal but loses public trust, and it pulls resources from the vulnerable. It also harms any prospective foreign investment,” he said.