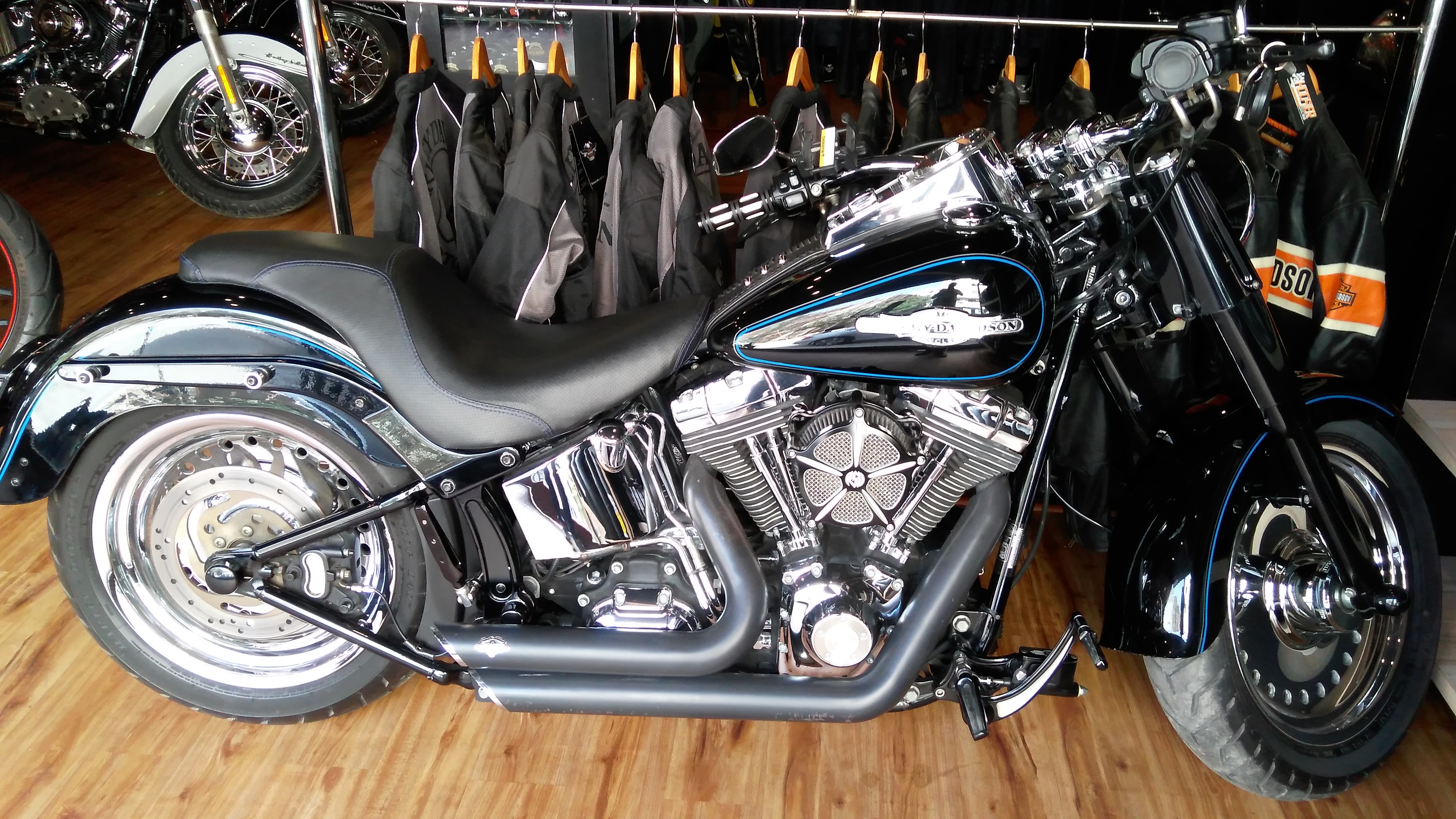 Call it the sway of the American culture or the bike’s macho looks and feel, Harley Davidson has a cult fan following globally. For those who cannot afford it, a Pakistani entrepreneur, Imran Malik, came up with a solution: buying second-hand bikes abroad, and refurbishing them locally before putting them up for sale at his Harley Davidson Store.

A bikes aficionado himself, until a few years back Imran Malik used to wonder whether many Pakistanis would want to own a Harley Davidson. Then he decided to take the plunge, and find out for himself. Malik was not disappointed, once his startup started selling second-hand but expensive Harley Davidson motorbikes, the response was good enough to convince him once and for all that the bike has a fan base.

Such is the history and the iconic image – indeed a pedigree of its own making bikers crave to possess it – that Malik did not have to do much by way of advertising to strike it reasonably big – to the extent that he has now opened a second store in Islamabad.

Having sold above 180 motorbikes last year, a good 15 on average every month, the sales manager at The Harley’s Store, Umer Usmani, put the price range in perspective: between Rs1.5 million to a staggering Rs6 million for a refurbished Harley Davidson.

Having started off the business on prior order, with rising demand, Imran Malik finally opened his showroom – the Harley’s Store. Here a customer can pick up not only the Harley Davidson of his choice, but also the whole paraphernalia: HD blazers, helmets and other accessories, and clothing.

Back in 2016, when he opened the Store, Malik had just four ready-to-sell bikes in stock. Today he has 10 times that, an inventory of 40. In the interregnum, another showroom was launched in Islamabad.

“We also had customers from up north who used to come here to buy bikes. To facilitate that clientele, now we have our presence in in Islamabad as well. The response is lukewarm but we are optimistic that it would pick up,” said Usmani.

“Mostly, our clients are landlords and businessmen,” said Usmani, while categorising the Harley Store patrons.

Moreover, Usmani said that unlike the racing motorbikes, the Harley Davidson riders were not fond of pacing their vehicles and he hasn’t heard of a Harley’s Store client involved in a road accident while riding the heavy bike.

“Generally driven at a moderate speed, Harley Davidson bikes are not meant for speeding but the pleasure of a ride. People in groups of around eight to ten ride Harley Davidson at a mild pace to enjoy a cruise to somewhere, mostly to some beach or some other exotic place – or just to enjoy the ride and the togetherness,” he said.

Middle-aged Noor Mohammad, a big land owner belonging to interior Sindh, was also present at The Harley Store, who came in his white Vigo. “I like these bikes and I own one too,” said an apparently tacit Mohammad, who came to the store to inquire about the paperwork of the bike he had bought.

Another youth, who also owns a Harley Davidson, asked Usmani to show him some branded blazer. Apparently Usmani and the young man seemed to have known each other and the later mentioned Imran Malik as a friend. The branded blazers are priced at a steep Rs25,000.

To the aficionados, just the roar of a Harley Davidson is uplifting. Ehsan Sehbai, the CEO of Shaheen Air, said in a recent interview that the whirring sound of his Harley’s engine is an antidote for his stress.

“I love riding my Harley Davidson. It’s the best antidote to stress. There’s something about the roar of the engine that relaxes me,” he was quoted as saying. Apparently a vintage cars and motorbikes buff, Sehbai also owns a 1967 Ford Mustang.

Harley Davidson dealership is really sought after in Pakistan. And Dewan Group – a major entity some two decades back in the automotive market producing Hyundai and Kia cars before it withered away, and even now importers of BMW – is said to be one of the contenders for some time now.

But now the Harley Store, with an established niche of its own in Harley Davidson bikes, albeit used and refurbished ones, also has its hat in the ring for the lucrative dealership.