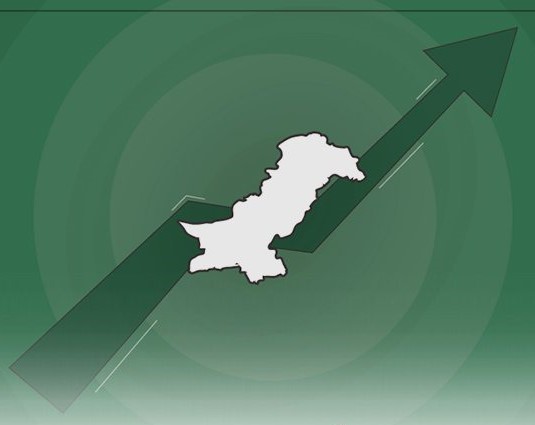 LAHORE: As a country divided over its economic policies, embroiled in political infighting and flaky governance along with a longstanding trend of borrowing from internal and external sources to sustain the economy, Pakistan continues to surprise with figures indicating growth and potential to grow even further.

The recent announcement of the budget for the fiscal year 2018-19 has been praised by the business community, negated by politicians and activists, and largely hailed as a populist budget developed to cater to the common man.

Reading through the numerous reactions to the budget as well as the various narratives with which it has been spoken about, one can not help but be perplexed about the state of the economy. Which version or narrative is reality, and which is fiction?

In a bid to debunk the truth behind the country’s economic progress, it is prudent to take a closer look at the factual macro-economic numbers with a neutral eye.

The Economic Survey of Pakistan for FY 2017-18 states that the country achieved the highest percentage of Gross Domestic Product (GDP) growth in the last 13 years – 5.79 per cent. The GDP of a country essentially represents the monetary value of all goods and services produced within a nation’s geographic borders over a specific period of time. A good GDP growth rate according to economic pundits is usually between 2 to 3 per cent. Considering these figures, Pakistan has managed to keep its economy on track despite the legions of foreign political arrows shot at it from different angles in the light of its troubling past; marred by terrorism, extremism, and financial fraud usually originating from the nation’s elite government executives.

Perhaps this growth can be attributed to the much touted China-Pakistan Economic Corridor (CPEC) that has brought in investors from different countries, all eager to have a piece of the pie. With China investing billions in infrastructure projects such as roads, railways, and power plants; local and foreign investors have had much to invest and earn through CPEC. Investment in infrastructure essentially means more construction, and construction requires material that needs to be produced to enable sustainable development.

On the other hand, the Rupee exchange rate with the US Dollar has declined to Rs115.93. Since the incumbent government compares and benchmarks its figures with the figures it inherited since the starting of its term in May 2013, we can safely do the same and compare this figure to Rs98.49, which was the exchange rate in May 2013. Why has the rate of GDP increased, while the exchange rate has declined in the past 5 years? To answer this, we need to look at the state of trade in Pakistan.

The balance of trade is simply the difference between a country’s imports and exports. A trade surplus means that the country has exported more goods and services than its imports, and a trade deficit, is the opposite. Pakistan’s trade deficit stands at $29.7 billion for the FY2017-18 (from July 2017 to March 2018). This means that the country, in monetary terms, imported goods and services worth $29.7 billion in excess of the exports.

Factors which affect the balance of trade also include foreign remittances. According to a report by Ernst & Young, presently, all remittances irrespective of any threshold are eligible for immunity from any probe by the tax authorities with respect to the sources of funds remitted. It is now proposed to restrict the immunity to remittances up to Rs10 million a year. Furthermore, every resident individual having foreign income equal to or in excess of $10,000 or foreign assets of value of $100,000 or more, are now required to file a foreign asset and income statement. Consequential changes have also been proposed with regards to filing of return of income to enable the filing of statement of foreign assets and income along with the return of income. A penalty has also been prescribed for non-filing of statements.

The country’s remittances have remained static at $14.6 billion in the period under review. Foreign remittances which have thus far not been able to grow, have paved the way for a burgeoning current account deficit, which now stands at $12 billion – a figure that is a record in the country’s history. As a result, based on a budget report by KPMG, the country’s external debt and liabilities have increased to $88.89 billion (at the end of December 2017).

The above mentioned proposed policies are indicators of a government which is making definitive efforts to increase the revenues collected in a country that has so far, failed to capitalize on taxes, and thus, has had to manage a weak current account, amid declining foreign reserves. The State Bank of Pakistan (SBP), has had its reserves declined to $10.9 billion (as of 20 April 2018, according to SBP’s website), from $16.1 billion at the end of the FY ending in 2017.

Pakistan’s domestic outlook seems to be on a positive trajectory, with growth in the GDP, increased tax collection of Rs3,900 billion, and a continuing low SBP policy rate of 6 per cent, and the PSX witnessing a semblance of stability. However, the country’s external economy is a cause for concern with the current account deficit, weak foreign remittances, and hence a negative balance of trade which requires drastic efforts to showcase a positive economic outlook and turn around the external state of the economy. With increasing debt, it is thus instrumental for the government to focus on making the country, a viable hotspot for foreign investors by focusing on manufactured goods and services within the country, to raise the level of exports, and create a name in foreign markets by capitalizing on the economies of scale through its textile and agricultural sectors.