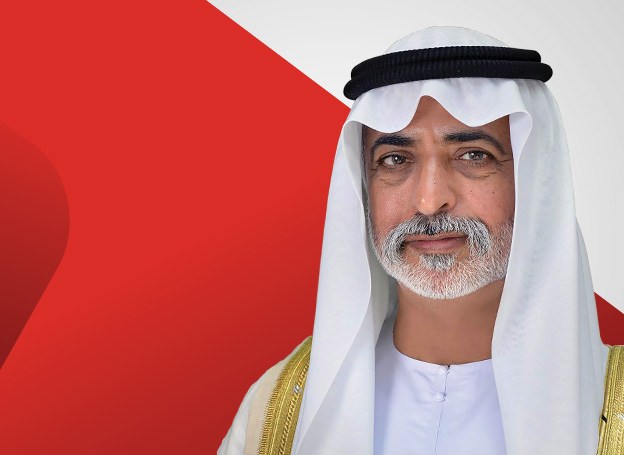 LAHORE: Bank Alfalah Limited Chairman and Sponsor Sheikh Nahayan Mabarak Al Nahayan through a memo to the employees wished the bank and its team a blessed Ramzan, however, he neither confirmed reports regarding the sale of Bank Alfalah nor denied them, while committing further investments in the IT and digital arm of the bank.

Sheikh Nahayan in the memo wished that the bank maintain its prominent position in the Pakistani economy while reassuring his continued commitment to the bank. The memo read “Bank Alfalah’s ongoing success is evident in the results from the first quarter of this year. I thank you all for your diligent work and your commitment to excellence in all aspects of the bank’s operations.”

The memo further read, “Together we will continue to make Bank Alfalah a model of banking excellence. I look forward to a very long association with Bank Alfalah as we continue to grow. Let me express my continuing confidence and long-term commitment to the Bank,” the memo concluded.

Sheikh Nahayan also reassured his confidence in the newly appointed Bank Alfalah’s CEO Nauman Ansari. “I am proud of the bank’s achievements, which may be attributed equally to our CEO Nauman Ansari, his management team and all Bank Alfalah staff. Our bank is in great hands with excellent vision for its future prosperity.”

Sources at the bank who do not wish to be named, told Profit, “The chairman has not denied selling the bank but is continuing support.” Sources further added, huge investments in digital arm of the bank stand approved, with additional marketing and customer acquisition budgets worth a few million dollars each, annually.

Earlier, Profit in its story titled, “Three major banks are up for sale. Who will buy them?”, had reported that Abu Dhabi Group, Bank Alfalah’s owners, were gearing up to sell the bank in a bid to make a clean exit from the country.

“Although previously, the group’s majority shareholders have vociferously denied such rumours now, however, Profit can confirm from at least three sources in Pakistan’s financial services sector that the very earliest stages of a conversation about a sale of the Abu Dhabi Group’s shares in Bank Alfalah have begun,” read the story.

The story also mentioned that by appointing Nauman Ansari, Faysal Bank’s former CEO, as Bank Alfalah’s CEO, the group sent a clear message that the bank was gearing up for sale.

However, later Bank Alfalah Limited denied reports that the bank has been sold through a notification to the bourse, which read, “We are writing with reference to Regulation No. 5.6.1(b) of the Rule Book of Pakistan Stock Exchange Limited (PSX). We have noted that there are some unfounded stories emerging in the press about the sale of Bank Alfalah Limited. In compliance with the above-stated Regulation, we wish to intimate and clarify that such news stories are false and baseless.”

Nevertheless, earlier this week in a joint ceremony held in Dubai, Bank Alfalah signed an agreement to transfer its Afghanistan Operations to Azizi Bank. Bank Alfalah’s Afghanistan operations had total assets of Afghani 15.3 billion as of March 31, 2018.

Nahyan’s Abu Dhabi United Group is a large investor in Pakistan, which owns Bank Alfalah, Warid Telecom, Wateen Telecom, Taavun and many more in Pakistan. He is also the Founder Chairman of Bank Alfalah.

Sheikh Nahyan Mubarak Al Nahyan is currently UAE Cabinet Member and Minister of State for Tolerance. He is also the recipient of Pakistan’s highest civilian award, the Hilal-e-Pakistan, which was conferred upon him by the President of Pakistan in 2005. 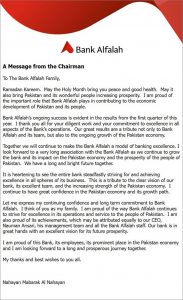