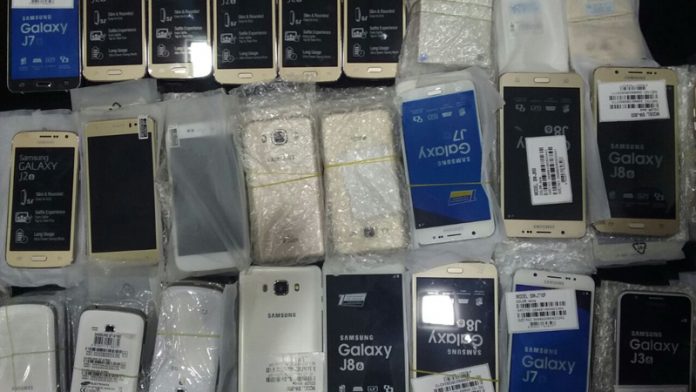 ISLAMABAD: The Federal Investigation Agency (FIA) has asked the Federal Board of Revenue (FBR) to provide records of 1763 confiscated mobile phones allegedly sold to CSD as well as similar transactions for the previous 10 years record till May 24, 2018.

Documents available with Pakistan Today that FIA has requested the FBR to provide the record to the office of Assistant Director Muhammad Aman Ullah Khan, on May 24, 2018, positively in order to avoid a contempt of court proceeding.

The Lahore High Court in criminal case No 211642 of 2018 vide order dated 14 May 2018 has ordered to expeditiously finalise the inquiry against the Customs Intelligence high ups.

FIA was earlier investigating the 1763 confiscated mobile phones allegedly sold to CSD as the investigators at FIA are sure that the officers of Customs intelligence are involved in this scam.

Documents stated that the subject inquiry is under probe at this agency regarding corruption embezzlement/misappropriations of millions of rupees by the staff of Customs Intelligence and Investigation regarding the State Warehouse, Allama Iqbal Town.

‘You were requested to provide the records pertaining to 1763 confiscated mobile phones allegedly sold to CSD as well as similar transactions for the previous 10 years’, the officer added.

In response, vide officer letter No.C.No II(SWH) Disp dated 19 January 2018, it was informed that as per FBR Islamabad’ letter dated 19 March 2018, field formation had been restrained from providing information directly to the Federal Investigation Agency (FIA) and Chief Management Islamabad was nominated as focal person to provide the record.

In response, the secretary (Mgt Customs-III) on February 9, 2018, requested the DG customs Intelligence FBR to provide the relevant information and assistance to FIA. “The inquiry officer Assistant Director Muhammad Aman Ullah Khan also visited your officer on 12 February 2018 and it was assured that the requisite record will be provided before 15 February 2018 but the record has not been provided on one pretext or the other”.

It is pertinent to mention here that there are a number of inquiries pending in FIA and the National Accountability Bureau (NAB) against the Pakistan Customs high ups, which have been delayed due to political pressure.