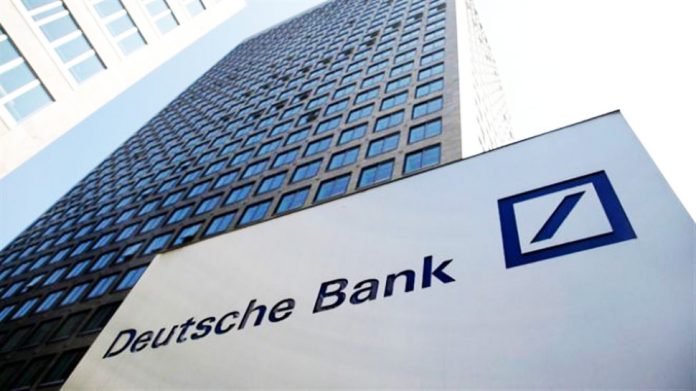 DUBAI: Deutsche Bank is looking to sell its small stake in Dubai-based Abraaj, the embattled private equity firm involved in a row over alleged misuse of investor money, two sources familiar with the matter said.

The potential sale, which the German bank has been considering for some time, has become more urgent since Abraaj, the Middle East and Africa’s biggest private equity fund, has been locked in a dispute with investors, said the sources.

Deutsche, which is undergoing a restructuring and said last week it plans to cut at least 7,000 jobs worldwide, has an 8.8 percent stake in Abraaj Holdings, according to the bank’s latest annual report.

Deutsche Bank declined to comment on the planned stake sale. An Abraaj spokeswoman said Abraaj Holdings could not comment on a matter related to its shareholders.

Deutsche considers its share in Abraaj as a non-core asset.

One of the sources said the bank asked for a valuation of its shareholding about two years ago, but the valuation was not as strong as hoped.

As part of a global scaling back of its equities business, Germany’s largest lender has cut eight positions within its equities research team in Dubai as it moves to close the unit, sources familiar with the matter told Reuters this week.

The restructuring process added more urgency to the plan to get rid of its stake in Abraaj, the sources said.

“There was never an active pitching process before, maybe they are regretting it now. Any sale now will be at a big discount,” said one of the sources, speaking on condition of anonymity because the matter is private.

According to Abraaj’s 2014-15 annual review – the latest available on its website – Deutsche Bank had a representative on Abraaj’s board. A source close to the matter said that was no longer the case.

A valuation of Deutsche’s stake is difficult because Abraaj has not disclosed the quantum of its debt, bankers say. One way to look at it, amid no visibility of future fund raising, is that Abraaj Holdings’ investment management unit is valued at as much as $500 million, one of the bankers said.

Abraaj is facing an investigation by four investors, including the Bill & Melinda Gates Foundation and the World Bank’s lending arm – the International Finance Corporation – over the alleged misuse of some of their money in a $1 billion healthcare fund.

Following the row the firm, which has denied any wrongdoing, has been considering selling some or all of its investment business unit.

The cash from the sale of the investment business unit, and from a sale of Abraaj’s stake in Pakistani utility K-Electric, would ease cashflow pressures that have seen the company violating certain conditions related to a portion of its debt, sources told Reuters earlier this month.

Since the investor dispute erupted earlier this year, Abraaj, which at one point was managing $13.6 billion, has undertaken a review of its corporate structure. That has included cutting around 15 percent of jobs, shaking up its management, suspending new investments, and freeing up large investors from millions of dollars in capital commitments.

In the latest sign of changes, Bisher Barazi, the chief financial officer of Abraaj’s private equity unit, and Matthew McGuire, the chief operating officer, have resigned from the firm, a source close to the matter said. Neither could immediately be reached for comment.