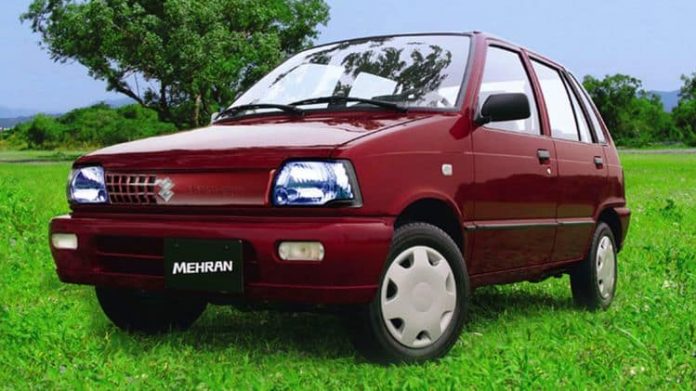 The company source said, “Mehran (800cc) may be replaced with a new model of Alto-660cc, and Pak Suzuki has been working on it for a long time in Japan and Pakistan.” “Few models of Alto car have been imported from Japan for trial basis in Pakistan, however, the decision has not been finalised till now,” he added.

In this connection, the dealers in Karachi have received a letter from the Pak Suzuki company, in which, the dealers were directed not to book Mehran VX Model SB-308, as the company will discontinue its production from November 2018.

There were rumours circulating in the market for last many years that Pak Suzuki would be discontinuing its most popular hatchback Mehran (800cc) in Pakistan, but now the company has officially announced that it will stop the production Mehran’s VX variant from November this year. The company had launched Mehran in 1989 in Pakistan and has since been one of the most popular cars in Pakistan.

“Dear, valued vendor(s), PSMCL management has decided to discontinue its Model SB308 only version VX (Mehran) from end November 2018,” the notice said. “It is important to note that all the respective local parts should be produced and supplied according to schedules to be sent to you on monthly basis for remaining production plan of 6734 units to be produced from June 2018 to end November 2018,” the notice said.

However, the notice did not make a mention regarding the Mehran VXR variant, but the sources in the company said VXR will continue till March 2019.

It is pertinent to mention that Pakistan’s second-largest motorcycle manufacturer United Motors has announced to launch an 800cc car and 1000cc pickup truck next year in collaboration with a Chinese automobile company.

The company will use Chinese technology and market its vehicles under the ‘United’ brand. The local assembly of these vehicles will begin in the first half of 2018.

The United car and pickup will not be a copy of Suzuki brands, as speculated before. The vehicles are totally different and loaded with various attractive features and safety standards.

Pak Suzuki will introduce the next-generation 660cc Alto in March 2019 which will have a price tag of Rs 850,000-900,000 (approx) for the basic variant, though an official announcement in this regard is awaited.