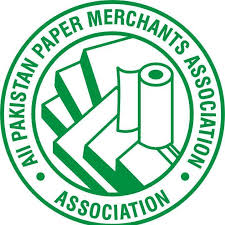 LAHORE: The All Pakistan Paper Merchants Association (APPMA) Wednesday urged the government to reduce import duty on paper and paperboard.

“The government should also allow duty-free import of paper used for the printing of textbooks that would help the students get textbooks at cheaper rates”. While leading the APPMA delegation, Khamis Saeed Butt made this demand in a meeting with the Lahore Chamber of Commerce and Industry (LCCI) Acting President Muhammad Nadeem Qureshi here at the LCCI office on Wednesday. They discussed in detail the issues pertaining to trade and economics with a special focus the on paper industry.

During the meeting, Nadeem Qureshi assured the delegates that the Lahore Chamber would continue its untiring efforts to promote the paper and paperboard sector, adding that this sector was doing a social service by keeping the education in the reach of the common man. All Pakistan Paper Merchants Association was playing a significant role for the promotion of education sector, he opined.

He said that government and private sector were important for each other and could not move separately. He called upon the government to develop policies to ensure conducive business environment and address genuine issues of the business community.

LCCI Acting President said that business community was the driving force of the economy but it could not play its due role for the economic wellbeing of the country because of various challenges. He said, there was an urgent need to reform the taxation system by engaging all the stakeholders.

He also stressed the need for widening the tax base and bringing untaxed sectors into tax net instead of burdening existing taxpayers.