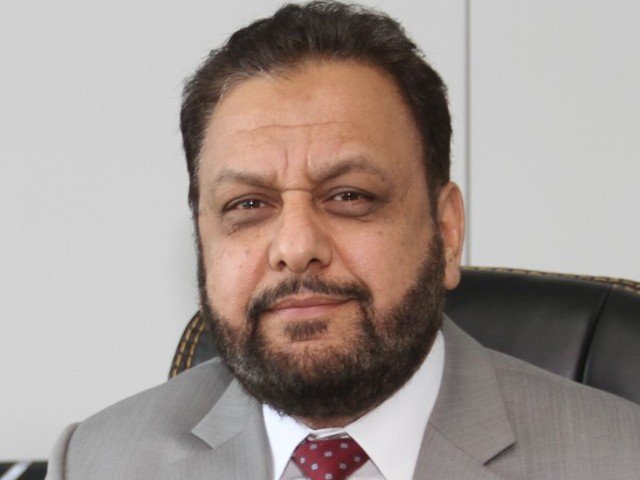 ISLAMABAD: An application has been filed with the National Accountability Bureau (NAB) against the appointment of Shaukat Hussain Abbasi as chairman of the Securities and Exchange Commission of Pakistan (SECP).

The application filed by advocate Nawaz Kharal challenged the appointment, claiming it was illegal, without jurisdiction, based on favouritism, nepotism, violation of transparency, level playing field and deviation from the rules settled by the Supreme Court of Pakistan, reports a national daily, Dawn.

The decision, he said, was also in violation of the provisions of the SECP Act, whereby he was selected merely because of his political relationship particularly with former prime minister Shahid Khaqan Abbasi.

The application addressed to NAB chairman retired Justice Javed Iqbal stated that throughout his career, Shaukat Abbassi had only served in SECP’s company registration department — he had no exposure to other core and sensitive areas being regulated by the SECP such as capital markets, specialised companies, insurance or enforcement. The senior most position at which he had served was Incharge Company Registration Office in Islamabad.

It was only in the middle of 2017 when he was made the head of the department as a stop-gap arrangement after the department head, Bushra Aslam, had suffered a stroke.

The application pointed out that as soon as the former prime minister took over, Shaukat Abbassi was promoted as executive director in January 2018. By then, the short-listing of candidates for the vacant positions of SECP commissioners had already been completed.

The names of five shortlisted candidates were also published in newspapers; however, on the intervention of the then prime minister, the first short-listing was annulled and a couple of names were added — including that of Shaukat Abbasi, who was not on the list earlier.

According to the application, the finance ministry’s record confirmed that Shaukat Abbasi had not applied for the vacant position within the period specified in the newspaper advertisement published in September 2017 to invite applicants.

However, Shaukat Abbasi was interviewed by the prime minister, selected and appointed commissioner at SECP. Within a month, he was appointed the chairman.

The application also referred to the Supreme Court directive on July 14, 2018, to NAB to look into appointments in the public sector where the officers were receiving a salary of over Rs1.5 million.

Shaukat Abbasi was drawing a salary of over Rs2m per month along with huge additional perks.

Whereas in the case of Shaukat Abbasi, this essential principle was not followed as there were only four commissioners at the SECP and one advertised position is yet to be filled. Secondly, the other three commissioners were more qualified, more competent and had more dynamic experience as compared to Shaukat Abbasi.