Cabinet to ratify decisions regarding import of vintage cars, cars for disabled persons 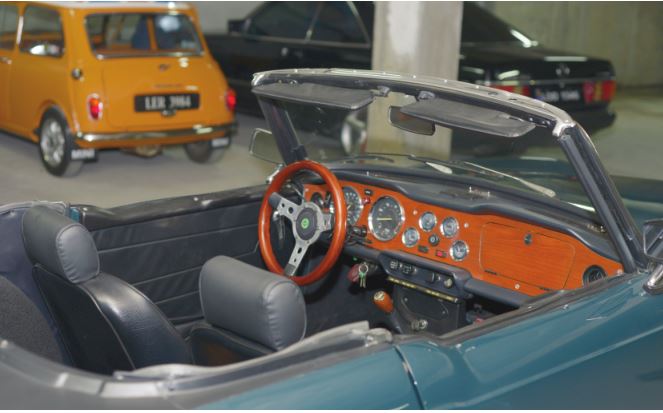 ISLAMABAD: The federal cabinet will ratify decisions taken by the previous government pertaining to import 50-year-old vintage cars and up to 1350cc duty-free new cars for disabled persons.

Sources informed this scribe that the Ministry of Commerce will again approve the amendment in Import and Export Policy order 2016 from Cabinet in next meeting.

Former Prime Minister Shahid Khaqan Abbasi’s government on May 30, 2018 – just two days before the end of its term gave the approval in amending the Import and Export Policy Order 2016. Subsequently, the Ministry of Commerce and the Federal Board of Revenue (FBR) issued the SRO regarding the vintage cars and others, however, the Ministry of Law then asked the commerce ministry to ratify the decisions from the elected government.

Former PM Abbasi while chairing the cabinet meeting had given the approval to import 50-year-old vintage as well as up to 1350cc duty-free cars for disabled persons.

The FBR issued SRO 823(1)/2018, which declares that vintage or classic cars and jeeps have been exempted from all kinds of taxes as they are in excess of the cumulative amount of $5,000 per unit.

Similarly, the disabled person can import up to 1350cc new cars.

Furthermore, the Abbasi led government also granted permission to import up to five-year-old electric vehicles (EV), re-export imported goods without clearance at the port, removal of non-tariff barriers on the import of processed food and non-food items and lastly, withdrew non-tariff restrictions imposed on agricultural imports from Afghanistan.

The cabinet had given the approval for electric vehicles to be imported under personal baggage, transfer of residence as well as gift schemes. The trade ministry had proposed that this will encourage the use of renewable energy and reduce carbon emissions.

The cabinet had also given the approval to remove the subsidy on sugar exports. Earlier, export of sugar was allowed from time to time with the approval of the Economic Coordination Committee (ECC) of the Cabinet.

The forum had a point of view that the sugar prices in the domestic market might go up as the sugar export increases. The removal of subsidy on this export is expected to help regulate and control the domestic sugar price.

Sources further informed that private and public sector stakeholders pointed out certain anomalies and improvements in the regulatory provisions with regard to import and export regulations and procedures which is why the ministry is now ratifying these from the cabinet.