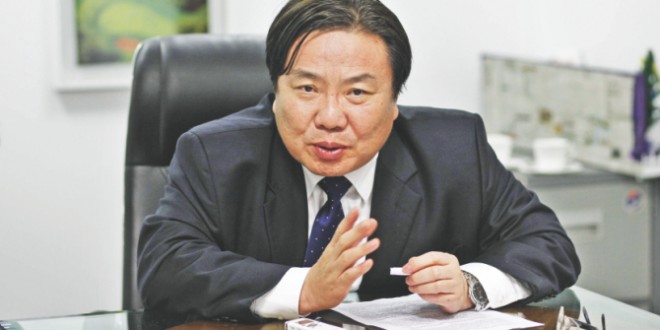 ISLAMABAD: The Asian Development Bank (ADB) on Sunday announced a $7.1 billion financial package for Pakistan, saying it would help the country “achieve inclusive and sustainable growth” over the next three years.

“ADB plans to significantly increase the country’s sovereign operations to $7.1bn over three years,” Wencai Zhang, vice president of the Manila-based lender, said in a statement. “Along with its continued focus on energy, infrastructure development, and institutional reforms, ADB is also re-engaging in education and health, and social safety net through income support programme.”

Zhang said the financial package was planned under a country partnership strategy for 2018-2020. He also appreciated the Pakistan Tehreek-e-Insaf (PTI) government’s 100 days agenda.

“ADB and Pakistan have a more than 50-year history of strong partnership,” said Zhang. “We are committed to deepening our cooperation with the new government and supporting its development agenda to bring prosperity to the people of Pakistan.”

Under the current country partnership strategy 2015-2019 and the country operations business plan 2018-2020, ADB is focused on ensuring high, sustained, and inclusive growth for Pakistan.

However, the widening current account and fiscal deficits are key challenges to the economy, he added.

Zhang said ADB is willing to support Pakistan in developing economic corridors within the framework of Carec and ADB’s Strategy 2030 ahead of the Carec Ministerial Conference in Ashgabat, Turkmenistan in November.

“ADB will help Pakistan upgrade its transport networks and trade facilitation with neighbouring countries and transform the physical connectivity gains into economic gains through the promotion and development of economic corridors and special economic zones,” he said.

ADB has committed more than $32bn in project and technical assistance to Pakistan as of September 30.