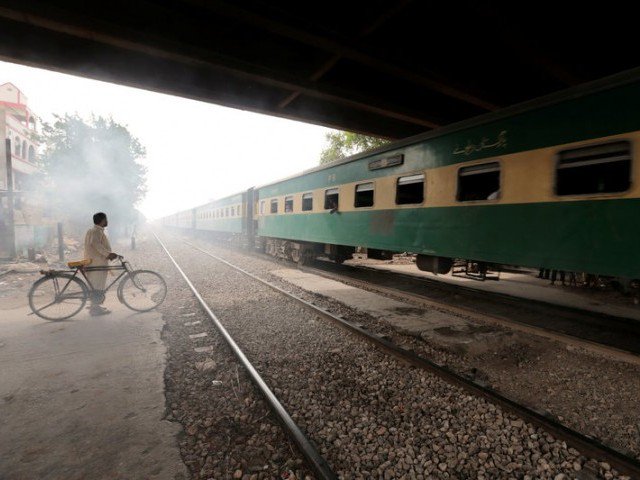 ISLAMABAD: The Ministry of Railways has earned about Rs12,770.02 million revenue by leasing out its land for various purposes in the last 10 years.

An official in the ministry said that Pakistan Railways leased out and licensed 15,025.44 acres of land for 21 to 33 years to generate extra revenue for the government as per the official policy.

According to the official, the assessment of the commercial sites was conducted through approved evaluators of the Pakistan Banking Association and the State Bank of Pakistan for fixation of a benchmark, after which the land was advertised for lease in newspapers.

Meanwhile, PR is planning to launch WiFi and tracking system in the trains to provide better facilities to passengers within 100 days across the country.

“Initially, all passenger trains will have WiFi and tracking facilities and then the same facilities will be given freight trains as well,” said another official of the Ministry of Railways.

He added that 60 per cent of work on the provision of the mentioned facilities had been done and the remaining work would also be completed shortly as Federal Minister for Railways Sheikh Rasheed was very concerned about it.

“Passengers will be able to use WiFi while travelling with Pakistan Railways shortly,” he confirmed, adding that the provision of these facilities would improve the status of railways and make the journeys safer.

According to the official, the railways has planned to launch new ‘Rehman Baba’ train service, adding that the feasibility of the new service was under process.

With regard to the Main Line-1 and Main Line-II, he said that the ministry was going to take important decisions in the coming 30 to 60 days.

Calling freight trains the backbone of railways, he said only eight to 10 freight trains were being operated from Karachi, but the figure would soon increase to 12 or 13.

“Two new trains are also being introduced in Sindh from tomorrow (Tuesday)” on the directives of Rashid, the federal minister, said the official.

Meanwhile, Parliamentary Secretary for Railways Farrukh Habib said that Pakistan Railways would be established on modern lines in compliance with the international standards to make it self-sufficient.

Addressing the media at the PR headquarters in Lahore, he said the government would focus on initiatives that would bring the railways on a par with the rail system in European countries.

Habib called the fiscal deficit ‘inherited from the previous regime’ one of the major challenges facing the present government. He said that railways was being provided Rs37 billion subsidy by the government to meet its financial requirements.

The secretary added they were exploring means to reduce the Pakistan Railways fiscal deficit and enhance its revenue targets, especially of the freight trains “which have an immense growth potential”.

He said the previous governments had never given the importance the railways deserved, despite the fact that “it is a strategic asset of Pakistan”.