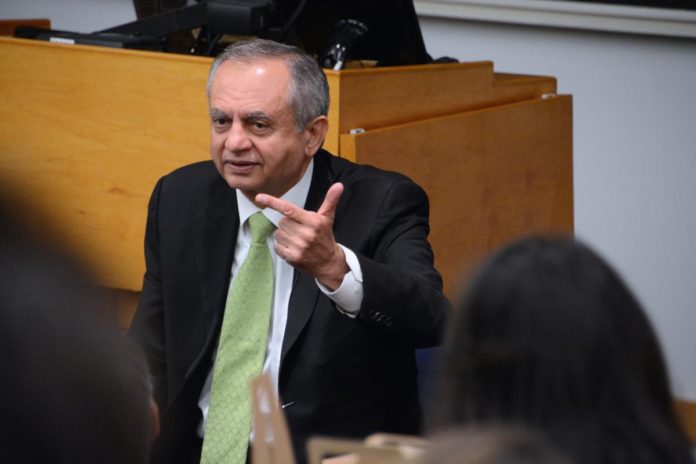 Pak Suzuki CEO and MD Masafumi Harano welcomed the guests and thanked the incumbent government, especially the advisor for his dedication, hard work and sincerity towards the development of the auto sector in Pakistan.

He said that Pak Suzuki this year would produce around 144,000 units in line with the market demand. In the next couple of years, the company would be touching a production capacity of 150,000 vehicles per year, he added.

Japan’s Suzuki Motor Corporation (SMC) Chairman Osamu Suzuki on the occasion expressed gratitude to the Pak Suzuki staff, vendors, dealers and the government, without which 2 million vehicle production could not have been possible. He further said that Pak Suzuki was the first to enter Pakistan automobile industry and hoped that Suzuki would contribute more towards the development of Pakistan’s auto industry.

Advisor to PM Abdul Razak Dawood appreciated the efforts of Pak Suzuki for the development of auto industry in Pakistan and said it was a historical and remarkable achievement by Pak Suzuki to produce 2 million vehicles in Pakistan.

He said it is time to take Pakistan’s auto industry to a new level and emphasised that it is the global supply network of Suzuki Motor Corporation that can make it happen. He said that Suzuki is planning to invest $460 million for putting up a brand-new plant. He assured that the government of Pakistan would ensure that Pak Suzuki will get all the incentives and benefits which it really deserves.