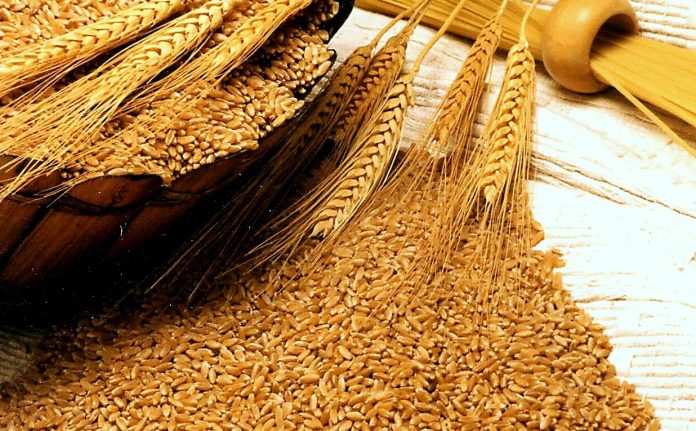 ISLAMABAD: Pakistan has been cautioned by members of the World Trade Organisation (WTO) of commencing dispute settlement proceedings over the payment of subsidy on wheat exports.

WTO member nations had highlighted the amount of subsidy approved by the government was higher than the freight cost of exporting wheat.

The WTO member nations cautioned if Pakistan provided rebates on wheat export again, it would initiate dispute settlement proceedings against the country.

During 2018, Sindh, Punjab and Pakistan Agriculture Storage and Services Corporation (PASSCO) had purchased wheat stocks of 1.4, 3.62 and 0.9 million tons.

Including carryover stock, the available wheat stocks amounted to 11.93 million tons. Till now, an insignificant release of wheat had happened, and the existing wheat stock was 10.178 million tons.

Consequently, the provincial governments had reached out to the federal government for immediate wheat export because of slow disbursement of the commodity from the public stocks and high markup.

The domestic wheat cost stands at $297.2 per ton against $218 per ton for global wheat market, resulting in a differential of $80 per ton.

Also, the wheat exports done via sea include freight support of $30 per ton which has $5 per ton as the profit margin for exporters.

Hence, the total differential from the global price of wheat amounts to $105 per ton.

In a recently held meeting, the Ministry of Food had recommended the Economic Coordination Committee (ECC) that PASSCO and provincial governments may issue tenders for export of surplus wheat in portions of 0.5 million tons.

And it was suggested that the differential between the procurement price and auction price may be absorbed by the federal and provincial governments at 60:40.

However, for PASSCO that differential would have to be entirely borne by the federal government and incidental charges be absorbed by the provinces.

The ECC was apprised by the Ministry of National Food Security and Research that the provincial food departments of Punjab and Sindh had submitted requests to sell their surplus wheat stocks of 2.5 million tons.

Of this, two million tons belonged to Punjab and 0.5 million metric tons to Sindh, by giving freight assistance of the federal government.