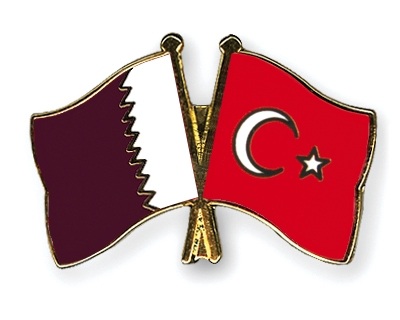 DOHA: Trade between Qatar and Turkey is expected to have hit $2 billion in 2018, a Turkish official said, up 54 percent from the previous last year and underscoring Ankara’s solidified role as a top ally to Qatar amid a political rift in the Gulf region.

Ankara has emerged as one of Qatar’s top partners since a Saudi Arabia-led bloc launched a trade and diplomatic boycott of the tiny Gulf state in 2017, sending additional troops and food to shore up Qatar’s needs just after it began.

Speaking at a Turkish trade expo that kicked off in Doha on Wednesday, Turkish Deputy Finance Minister Osman Dinçbaş said that Qatar was one of the fastest growing areas of trade for Turkey in 2018, and the $2 billion figure is expected to grow.

Qatar last year pledged a $15 billion package of economic projects, investments and deposits for Turkey that included an up to $3 billion currency swap to firm up the country’s battered lira.

Dinçbaş said “a portion of the $15 billion” had so far arrived but declined to specify how much or in what form.

Qatar-Turkey trade volume for the first 10 months of 2018, the latest data available, indicates $1.7 billion of total trade, higher than the $1.3 billion in all of 2017, a Turkish trade official said.

That trade includes goods such as Turkish food and building materials to Qatar and Qatari liquefied natural gas and aluminum to Turkey.

Abu Issa Holdings, one of the largest distributors and retailers of supermarket goods in Qatar, has seen its Turkish brands mushroom to about 25 percent of its portfolio from about 10 percent before the boycott, CEO Ashraf Abu Issa said.

At the expo, Abu Issa showcased Turkish honey and pasta introduced after the boycott that he said have become top sellers in Qatar, replacing Saudi and Emirati brands that once crowded shelves in Doha.

Others, like Kingspan, an importer of Turkish insulated panels for warehouses and cold storage, said volume nearly doubled last year.

Abu Issa said he would stick with Turkish brands that have become popular even if the boycott were lifted, despite higher shipping costs.

“We will continue with Turkey for sure. They are not a replacement. This should have happened a long time ago — we discovered some amazing products and the quality is superior to what we would get from there,” he said.