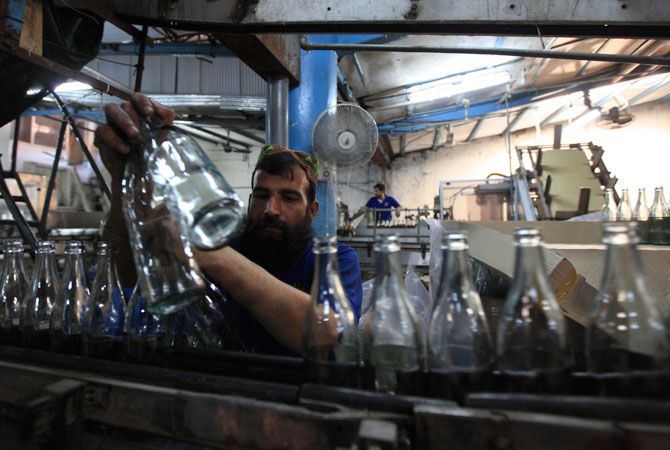 ISLAMABAD: As people are skeptical about the quality and standard of the beverages and drinks being prepared/produced locally, major beverage companies have repeatedly denied accepting the standards set by the government.

According to documents obtained from the Ministry of Science and Technology, leading manufacturers beverages have challenged the standards set by the ministry in various courts.

In a presentation, which would be made to the Senate’s Standing Committee on Science and Technology, the ministry has claimed that at least six major carbonated beverage companies are in litigation with Pakistan Standards and Quality Control Authority (PSQCA) for years, challenging the standard and marking fee of the authority.

The Senate’s committee will be holding the meeting to deliberate upon the production of substandard and fizzy drinks in the country and will also discuss actions, if any, taken against the manufacturers/producers.

The issue of poor quality and fizzy drinks, being consumed and sold in the country, was raised by Senator Agha Shahzeb last year.

PSQCA, an attached department of the Ministry of Science and Technology, in its reply claimed that it has the mandate to monitor the quality of carbonated beverages under SRO 705 (1)/2001 issued on October 10, 2001. As per rule, the manufacturers of beverages shall comply conformance of their product against the relevant Pakistan Standard Specification i.e. PS: 1654.

The authority has a complete mechanism under Section 14 of the PSQCA Act 1996, and Pakistan Conformity Assessment Rule 2011, to check the quality of mandatory beverages and other food items in the country as per international guidance, practices and national standards.

However, major beverage companies and manufacturer groups have gone to courts against PSQCA. As per details, Riaz Bottlers challenged the Section 14 of PSQCA Act 1996, against marking fee in 2005, and the case was still pending. Another firm Sunrise Bottling had also challenged the government rules in 2005.

The PSQCA would inform the Senate body that it had inspected the products of Mehran Bottlers, including Apple Sidra, Fresh Lime, Vimto, Ice Cream, Lychee etc, and all were found below the PSQCA standards.

Conformity was received on the products of Pakistan Beverages and Aqua Cola of Trans Food Industries after inspection of samples in the open market.

The Senate committee, during its recent meeting, had observed that PSQCA lacked missionary zeal and will power to take strict action against substandard fizzy drinks manufacturers.

PSQCA has indirectly become ineffective and has failed in overcoming the menace and people have been left at the mercy of manufacturers, it said.

The committee had sought details of all the cases and decided to formally approach the apex court for the solution.

According to a report, numerous studies have shown that carbonated drinks have far more serious health risks than the consumers realise. People, especially the children, are known to gravitate towards these soft drinks because of the highly appealing packaging and unique flavours that the soft drink companies offer.

According to the World Health Organization’s (WHO) latest guideline, the recommended daily intake of sugar for adults and children should be roughly 25 grams or 6 teaspoons. A 300ml can or bottle of soda contains an astounding 10 teaspoons of sugar. Consumption of this much sugar can result in undesirable health effects, and parents should encourage alternatives to sugar-laden sodas for their children.