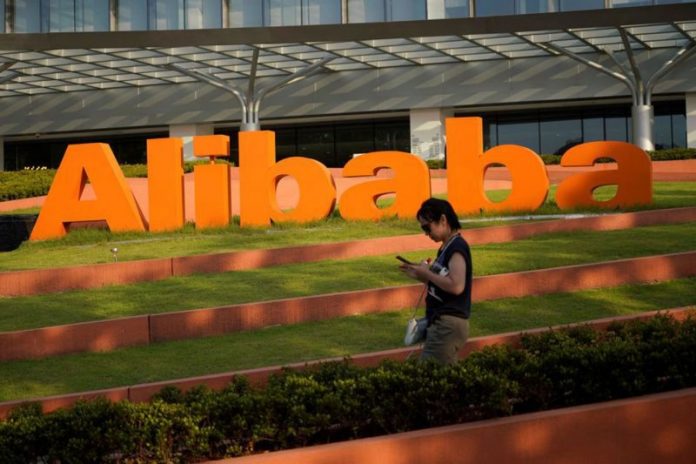 HONG KONG: A senior Alibaba executive slammed the United States’ treatment of China’s Huawei Technologies as “extremely unfair”, saying measures by the country to curb the firm’s access to their markets was “very politically motivated”.

Joe Tsai, the e-commerce giant’s executive vice-chairman, also sharply criticized what he called an attempt by the US government to curb China’s rise via a trade war.

He struck an optimistic note about China’s economy, saying it remained fundamentally strong despite a slowdown, and added that stimulus such as tax cuts needed to be imposed to prop it up even as it battles US efforts to dent its businesses.

US President Donald Trump’s administration has not only slapped crippling tariffs on Chinese imports, it has also stepped up scrutiny of Chinese investments in the country and torpedoed many deals citing national security concerns.

Huawei, the world’s biggest network equipment maker, has been caught up in the crosshairs, with the United States alleging its products could be used by Beijing for espionage.

Huawei has repeatedly denied the allegation.

“I think what the American government and together with the Five Eyes Alliance – what they’re trying to do with Huawei – is a bit unfair, there’s definitely a political agenda behind it,” Tsai said at an event in Hong Kong.

The United States and its allies, Australia and New Zealand, have restricted Huawei’s access to their markers, while Canada and the United Kingdom are reviewing whether to curb access.

Last month, Meng Wanzhou, Huawei’s finance chief, was arrested in Canada, sparking a diplomatic row between Canada and China. She faces extradition to the United States.

Tsai, a Canadian passport holder, said he hoped the relationship between Canada and China would improve.

Relations between Washington and Beijing have deteriorated rapidly amid a tit-for-tat escalation in tariffs that has roiled financial markets and raised fears over the impact on global supply chains and investment plans.

“President Trump may have started it focusing on the trade deficit itself … but over the course of the last nine months it was blown into a bigger anti-China problem,” Tsai said, adding the trade war has spurred anti-China sentiment.

Alibaba has been previously critical of the trade war as well, with founder Jack Ma calling the spat the “most stupid thing in the world.”

The company, which promised in 2017 to create a million U.S. jobs, backed out last year, blaming the trade war.

Tsai said U.S. regulators had made it very difficult for Alibaba to make investments in the country, adding that the company would look at other parts of the world for investment.

Just last year, a US government panel rejected a bid by Ant Financial, which Ma owns together with Alibaba executives, to buy US money transfer company MoneyGram International Inc on national security concerns.

Among the most high-profile Chinese deals to be scuttled under the Trump administration, the $1.2 billion deal’s failure was a major blow for Ma, who was looking to expand Ant’s footprint amid fierce competition back home from rival Tencent Holdings Ltd’s WeChat.

Brushing aside the pains of the trade war, Tsai said people were over worried about China’s economy. Chinese consumers are still fundamentally very strong and consumption in China is going to grow over the next 5-10 years, he said.

Comments from Tsai come at a time when China’s economic growth has slowed to its weakest pace in nearly three decades amid faltering domestic demand and bruising US tariffs.

Growth is expected to ease further this year.

Tsai said Alibaba will continue to invest aggressively despite the uncertain business environment.