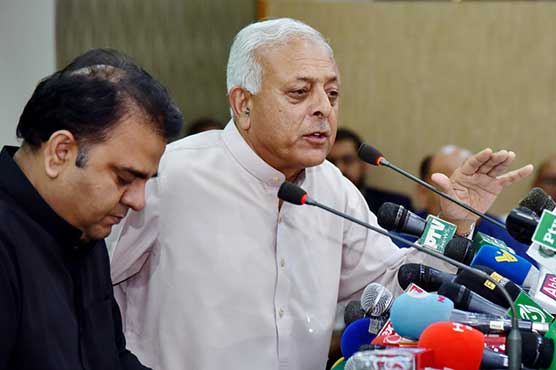 ISLAMABAD: Petroleum Minister Ghulam Sarwar Khan on Wednesday announced that an oil refinery worth billions of US dollars would be set up in Gwadar, linking the development with the visit of Saudi Crown Prince Muhammad Bin Salman to Pakistan.

“The country would receive a record investment owing to the upcoming visit of Saudi crown prince, who is scheduled to reach Islamabad on Saturday on a two-day visit,” he said, according to a press statement. “The public respects the Saudi government for accompanying Pakistan on the road of development and welfare.”

Owing to the religious association between the two countries, Pakistan’s heart beats with Saudi Arabia, the petroleum minister remarked. This was the reason that people of Pakistan had tremendous admiration for the Saudi royal family and were waiting for the arrival of the Saudi crown prince, he added.

He said both countries shared decade-old brotherly ties and this relation was strengthening day by day.

Highlighting his government’s sincere efforts, he said the high-level visit of Saudi delegates was a result of the new leadership’s endeavours, adding that the government wholeheartedly welcomed investments from Saudi Arabia.

He said the investment would eventually boost the country’s precious foreign reserves.