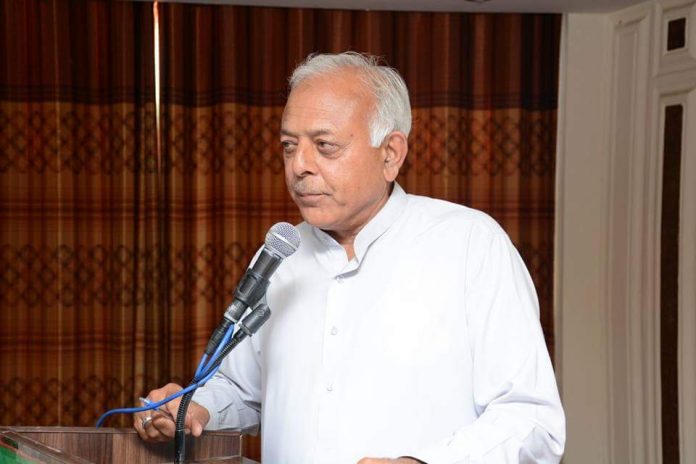 ISLAMABAD: Petroleum Minister Ghulam Sarwar Khan said on Friday that all arrangements had been finalised to sign memorandums of understanding (MoUs) with Saudi Arabia regarding cooperation in the mineral sector as well as for setting up an oil refinery and petrochemical complex in Gwadar.

“Pakistan’s annual oil import bill would come down by $1.2 billion with the establishment of the petrochemical complex and refinery, which would have the capacity to filter 200,000 to 300,000 barrels per day (bpd) oil. It will be a significant contribution towards strengthening the national economy,” he said in a media briefing prior to the visit of Saudi Crown Prince Mohammed bin Salman to Pakistan.

The minister stated that Pakistan’s annual oil consumption was around 26 million tonnes (MT), out of which 13.5MT was met through local production of eight existing oil refineries, while 50pc crude oil was being imported to meet the energy needs.

Commenting on the oil refinery and petrochemical complex at Gwadar, Ghulam Sarwar Khan said Saudi Arabia would invest over $10 billion to establish the facilities for which a feasibility study would be carried after signing of the MoUs. “Pakistan and Saudi Arabia have also appointed their focal persons and constituted technical teams in this regard.”

He said Saudi Arabia was keen to set up the facilities at the earliest, which was reflected by the four visits of the Saudi technical teams and Saudi energy minister to Pakistan regarding inspection of the project site and discussions on other modalities.

During the Saudi crown prince’s visit, the minister said MoUs were expected to be signed in diverse fields, including the oil refinery and petrochemical complex, minerals, renewable energy, drug control, youth and sports, media and cultural cooperation.

He said Saudi Arabia was taking a keen interest in mines, fertilizers and phosphate, wind and solar energy sectors, besides establishing a Liquefied Natural Gas (LNG) storage facility to maintain a strategic stock of the commodity to meet energy needs of the country.

Answering a question, the minister said, “New vistas of cooperation will be unlocked on arrival of Mohammed Bin Salman,” adding that the visit of the crown prince was the success of economic diplomacy between the two brotherly countries.

“The previous governments have been building personal relations with Saudi Arabia and China, whereas, under the vision of a new Pakistan, Prime Minister Imran Khan is focused on developing the ties based on mutual respect and national interests,” the minister said.

“Pakistan is now a confident country. It is a country on the move and is being highly regarded among the comity of nations,” he stated, adding that Pakistan had rebuilt and strengthened relations with its traditional friends and allies.