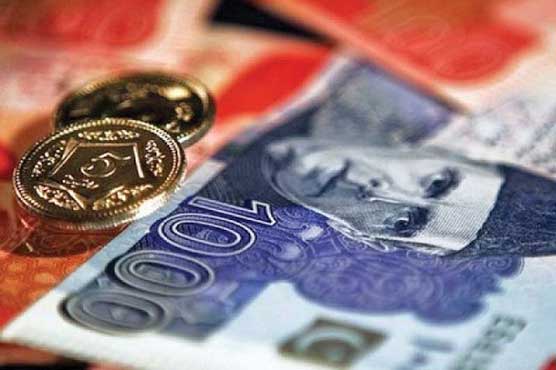 ISLAMABAD: Despite a drastic cut in the development budget and others measures taken through two supplementary budgets, the country has witnessed budget deficit rise to Rs1.03 trillion in the six months (July to December) of the current fiscal year, amounting to 2.7 per cent of GDP.

According to the fiscal operations data of the Ministry of Finance, unlike the Rs1.03 trillion deficits recorded during the first half of 2018-19, a deficit of Rs796 billion (2.2pc of the GDP) was recorded in the same period in 2017-18. The government is struggling to restrict the budget deficit despite introducing two mini-budgets in the last six months.

As per the data, the country’s expenditures stood at Rs3.36 trillion (8.7pc of the GDP) as against the revenues of Rs2.33 trillion during the first half of the ongoing fiscal year.

The government had spent Rs876.7 billion on domestic and foreign debt servicing.

The break-up of interest payment showed that Rs752.098 billion were spent on domestic debt while Rs124.6 billion on foreign debt. The government had allocated Rs1.6 trillion for interest payment for the entire current fiscal year. However, the amount could surge due to the sharp depreciation in the value of rupee.

Meanwhile, an amount of Rs479.6 billion was spent on the defence budget. The government had allocated Rs1.1 trillion for defence for the current fiscal year. Besides, the government had spent only Rs160.5 billion on federal developments projects in the first half of the present financial year.