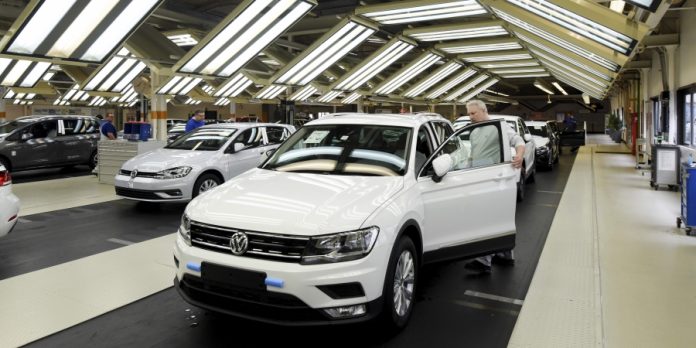 WASHINGTON: US stock regulators have sued Volkswagen over the emissions cheating scandal, alleging the German automaker committed fraud by raising billions in corporate bonds while lying to investors about the environmental impact of its cars.

In a filing Thursday night in California, the Securities and Exchange Commission said that from April 2014 to May 2015, Volkswagen issued more than $13 billion in bonds and asset-backed securities in US markets while senior executives knew that more than 500,000 vehicles in the US grossly exceeded legal vehicle emissions limits.

By hiding the emissions scheme, Volkswagen reaped hundreds of millions of dollars in benefit by issuing securities at more attractive rates, the SEC complaint alleges.

“As we allege, Volkswagen hid its decade-long emissions scheme while it was selling billions of dollars of its bonds to investors at inflated prices,” the complaint said.

It seeks “disgorgement of ill-gotten gains” with prejudgment interest, and civil penalties, according to a summary of the SEC action.

It also seeks to bar former VW CEO Martin Winterkorn from serving as director or officer of any publicly traded company in the US.

VW responded saying the SEC complaint is “legally and factually flawed” and that it will fight it vigorously.

“The SEC has brought an unprecedented complaint over securities sold only to sophisticated investors who were not harmed and received all payments of interest and principal in full and on time,” VW said in a statement.

“The SEC does not charge that any person involved in the bond issuance knew that Volkswagen diesel vehicles did not comply with US emissions rules when these securities were sold, but simply repeats unproven claims about Volkswagen AG?s former CEO, who played no part in the sales,” it added.

VW fitted millions of vehicles worldwide with so-called “defeat devices”, shorthand for software that reduces output of harmful emissions during testing — only to allow it to increase many times over once on the road.

Of the 11 million vehicles VW and its subsidiaries sold worldwide with defeat devices, some 2.4 million were bought by German customers.

Since admitting to “dieselgate” in 2015, the scandal has cost VW some 28 billion euros ($31.75 billion) for fines, compensation, buybacks and refits.

Much of that sum has poured out to 500,000 customers in the United States, with European buyers so far going without reimbursement or compensation.

In Germany the group has paid two fines worth a combined 1.8 billion euros.

Winterkorn was indicted in the United States in May of last year on charges including conspiracy to defraud the US and wire fraud.

US prosecutors say Winterkorn knew of the company’s emissions cheating as early as May 2014 but decided to continue with the fraud, according to the US Justice Department.

Winterkorn cannot leave Germany due to the threat of an arrest on an international warrant.