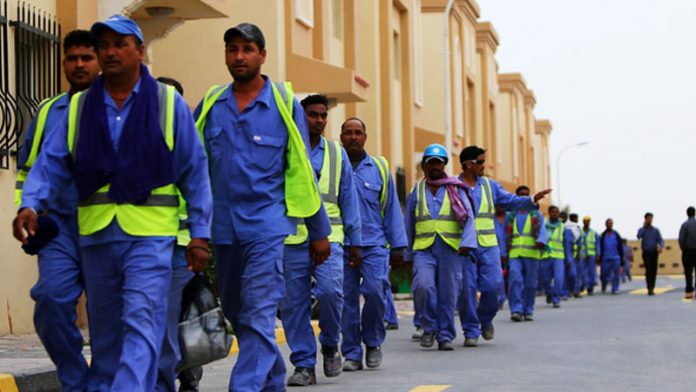 ISLAMABAD: South Korea has accepted as many as 15,750 applications of Pakistani candidates who are seeking employment opportunities in its manufacturing sector under Employment Permit System (EMS) agreement signed by the two countries in 2008.

“Around 109,317 citizens had submitted their applications online, out of which 15,750 candidates were selected through balloting process,” official sources in Overseas Employment Corporation (OEC) said on Sunday.

“This is the highest number of the shortlisted candidates since 2008 and credit goes to special assistant to Prime Minister on overseas Pakistanis and South Korean ambassador,” sources said, adding that the OEC has informed the selected aspirants to submit their particulars by March 29.

Later, the South Korean embassy will conduct a written test for final selection of the candidates. Before appearing for the final test, the candidates would be taught Korean language during a training course to be organised by the corporation, they added.

Sources also added that, if the 1,000 workers could manage to pass the Korean language test, quota would increase automatically by 20 per cent as per the agreed EMS.

Responding to a query, sources said the government had no role in the selection process, adding that the transparency in recruiting was being ensured by the South Koreans. “The labour ministry of Korea has determined the quota for 16 countries, partnered under the EMS, in light of workers’ performance.”

Meanwhile, the Overseas Employment Corporation (OEC) has also sent some 31 Pakistani workers to South Korea for employment, which was the first batch of the candidates shortlisted by the South Korea in 2018.

According to the Ministry of Overseas Pakistanis and Human Resource Development, the Ministry of Employment and Labour South Korea has increased Pakistan’s Labour quota for 2019 from 900 per year to 1,000 per year.

Earlier, the Korean Ministry of Employment and Labour had increased Pakistan’s labour quota for 2018 from 700 per year to 900 per year. It is worth mentioning here that over 8,000 workers had proceeded to South Korea since 2008 under the EPS.