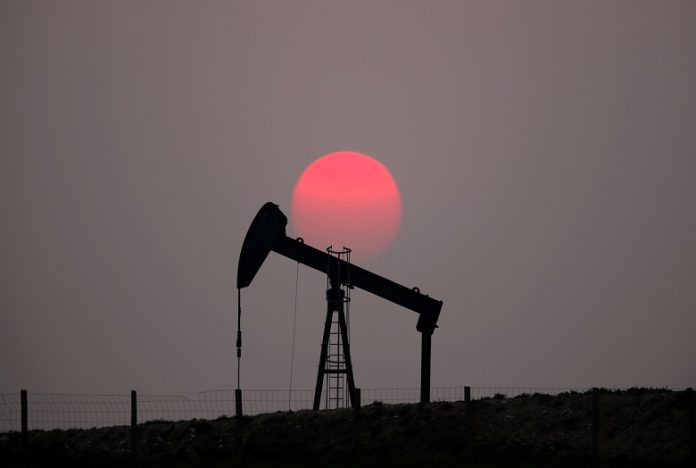 LONDON: Oil prices rose for a fourth day on Wednesday, pushing Brent toward a nearly five-month high of $70 a barrel on OPEC-led supply cuts and US sanctions, but a surprise increase in American inventories capped the gains.

“The psychologically important $70 a barrel threshold has proved a tough nut to crack for the Brent benchmark over the past few weeks,” PVM oil broker Stephen Brennock said. “Underpinning this latest bout of upward pricing pressures is the positive afterglow from surveys pointing to another sizeable fall last month in OPEC output. Reduced supplies from the producer group will go a long way to cementing the tighter fundamental backdrop.”

Oil prices have been supported for much of 2019 by efforts by the Organization of the Petroleum Exporting Countries and allies such as Russia, who have pledged to withhold around 1.2 million barrels per day (bpd) of supply this year.

Supply from OPEC countries hit a four-year low in March, a survey found this week.

Oil production from Russia fell to 11.3 million bpd last month, but missed the country’s target under the supply deal.

In a sign that supply may tighten further, a US official said on Tuesday that three of eight countries granted waivers by Washington to import oil from Iran had cut such purchases to zero, adding that improved oil market conditions would help reduce Iranian crude exports further.

Official numbers from the US government’s Energy Information Administration (EIA) are due later on Wednesday.

Commerzbank said in a note that the EIA could further revise down U.S. production, after the agency last put January output at 11.9 million bpd, down 100,000 bpd from the previous month.

“The noticeable decline in drilling activity since the start of the year also points to less dynamic growth in US oil production,” Commerzbank said.