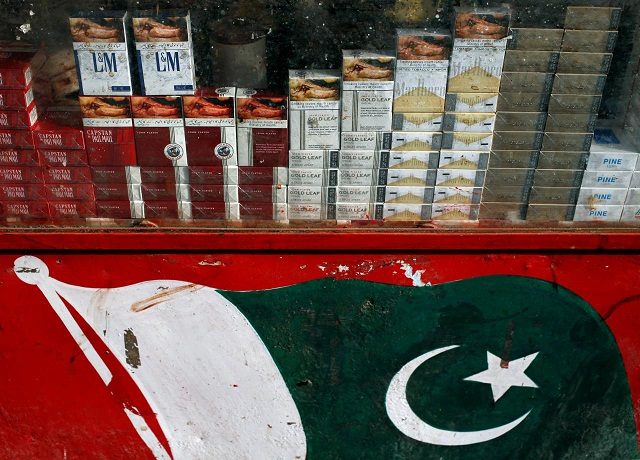 ISLAMABAD: The tax-evading tobacco companies have just paid two per cent in taxes (Rs1.5 billion) in the fiscal year 2017-18.

This was stated by Pakistan Tobacco Company (PTC) directors Noor Aftab and Madih Shah during an interaction with journalists on Monday.

Noor Aftab said that the ‘3-tier system’ is compulsory to discourage the sale of illegal cigarettes as well as to generate revenue.

The 3-tier excise system, introduced through the fiscal budget 2017-18, helped the revival of government revenues, as they increased from Rs74 billion in 2016-17 to Rs89 billion in 2017-18. The Federal Board of Revenue has estimated to collect Rs115 billion in taxes from this sector.

They said the tax-evading sector comprised of untaxed, smuggled and counterfeit cigarettes, adding that this sector had grown to 41.2pc in June 2017, causing a revenue loss of Rs40 billion.

The PTC officials said Pakistan is among the countries that have the lowest cigarette prices in the world. “This is because of the fiscal violations committed openly by the tax-evading manufacturers.”

Minimum price law set by the government was Rs49.39 per pack. However, all local manufacturers sell their products at price points between Rs15 to Rs30 per pack, creating an uneven playing field for legitimate manufacturers, they said.

The government revenue witnessed a sharp decline in 2016-17 due to the 2-tier exercise system, the officials claimed.

In addition, they said that the local tax-evading manufacturers are also involved in the violations of marketing laws, which includes pictures of humans, animals and luxury items on their posters as well as cigarette packs, cash discounts, prizes like free cigarette packs, motorcycle, Umrah tickets to consumers etc. that are against the laws set forth by the government.

The PTC officials requested the government to drive a balanced and evidence-based fiscal agenda throughout the year along with effective enforcement measures so as to curtail the sale of tax-evaded cigarettes which would ultimately increase the government’s revenue.