Govt urged to curb smuggling of steel via land routes 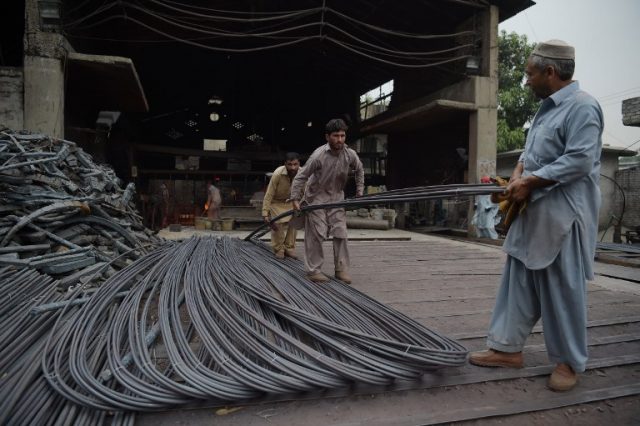 ISLAMABAD: Pakistan Association of Large Steel Producers (PALSP) has urged the government to take appropriate measures to curb the menace of smuggling and illegal trade in order to support the local steel industry.

In its budget proposals, PALSP has informed the government that there was a dire need to put tabs on smuggling so that tax evasion could be prevented, adding that illegal import of steel items should be banned, especially through land routes.

It said that currently, large consignments of smuggled steel bars, entering mainly from the Iranian border, are making their way to the markets across Pakistan, thus undercutting the local industry.

Import of steel items should be allowed only from the sea route as it will be easier for customs to control and regulate the smuggling activities, PALSP suggested.

In its budget proposals forwarded to the Ministry of Industries and Production, the association highlighted that there was a growing trend of sales tax evasion by units that operate on self-generated electricity. It suggested that in order to curb the evasion of sales tax by the melting units operating on electricity provided by power generating companies other than power distributing companies, the rate of sales tax should be increased to Rs7,300 per metric tonne at the import stage and the same should be made un-adjustable against the sales tax collected on the basis of units of electricity consumed.

“For long steel producers operating under sales tax special procedures to explore the export market, a mechanism must be developed where companies can retrieve the sales tax paid on import stage and electricity bill in a reasonable timeframe,” the proposals read.

“Pakistan has a menial steel consumption of 42 kg per capita as compared to the world average of 256 kg per capita,” it highlighted. “The country has a long way to go in terms of steel manufacturing and consumption in order to become a developed economy. Long term vision for the steel industry is to enhance its global competitiveness so that it becomes a steel exporting nation.”

However, to achieve this, PALSP suggested the government to provide a policy framework to address the key cost parameters and a policy certainty so that investments can materialize to build economies of scale.