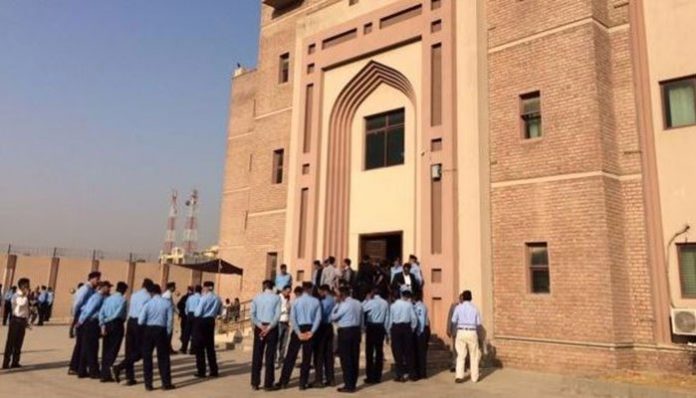 An accountability court on Thursday extended the physical remand of a major suspect, Laeeq Ahmed Sheikh, until May 20th in the Karkey Rental Power Projects (RPPs) case, a private media outlet reported.

The National Accountability Bureau (NAB) officials produced the suspect before Accountability Judge Muhammad Arshad Malik on expiry of his physical remand and demanded an extension for further investigation.

The judge reserved his verdict on the bureau’s plea to extend the suspect’s remand after hearing the arguments of the NAB prosecutor and defence counsel.

In the previous hearing, the NAB lawyer had informed the judge that Shiekh, the director of Cannock Global Enterprises Limited (CGEL), was only playing delaying tactics and was not cooperating with the bureau in its investigation in the case.

The investigation officer in the case stated that no property belonging to Sheikh was frozen yet, adding that he denied owning a firm during the investigation.

Advocate Khawaja Haris contended that his client owned many companies, arguing that NAB “brings a new firm to light on each hearing and demands an extension in his remand on the pretext of probing into it.

Laeeq Ahmed Sheikh was arrested over his alleged involvement in corruption and misuse of authority in the award of RPP’s contract to Karkey Karandenis Electric Uratim of Turkey.

He has also been accused of laundering illegal of accused Raja Babar Ali Zulqarnain.