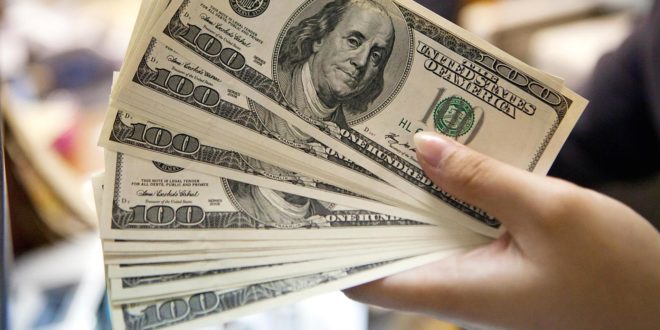 The US dollar on Tuesday reached the Rs151 mark in the interbank market, with the rupee falling by Rs1.40.

In the open market, the rupee slid to Rs150 against the dollar, down Rs0.50 as compared to the previous day, a private media outlet reported.

Currency dealers said that the commercial banks’ buying of dollars caused an increase in the demand of dollars, which naturally upped its price in the interbank market.

The dealers further said that the rising demand and value of dollar in the interbank market dictated the greenback’s value in the open market as well.

Sources within the dealers attributed the rising dollar demand in the interbank market to some external payments. They also said that the oscillation in dollar price during the session was due to uncertainty in the market.

Meanwhile, Forex Association of Pakistan President Malik Bostan expects the dollar’s revival to be short-lived, citing an expected surge in overseas Pakistanis’ remittances at the end of Ramzan to be the powering factor.

“The value of the dollar will fall further if the State Bank of Pakistan (SBP) controls the interbank market,” he added.

Bostan, however, warned that the central bank will have to intervene to bring down the value of the dollar in the interbank. Otherwise, he said, exchange companies could do nothing despite their desire to bring the price of the dollar down.

He credited exchange companies for the rare phenomenon witnessed today when the value of the dollar in the open market was lower as compared to the interbank market.