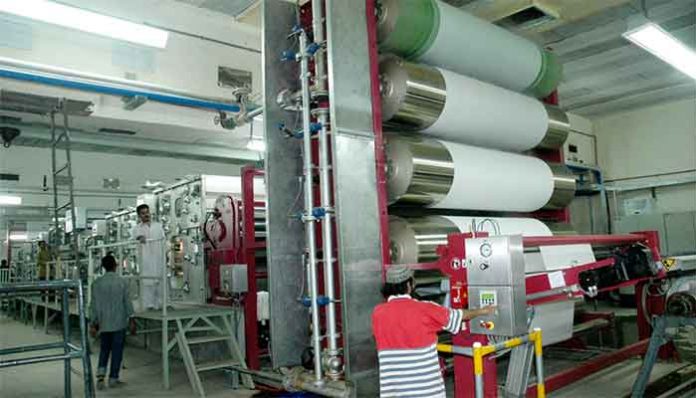 ISLAMABAD: The export of textile and its articles from the country witnessed an increase of 2.17 per cent during the first ten months of the current fiscal year as compared to the exports of the corresponding period last year, State Bank of Pakistan (SBP) reported on Monday.

The textile commodities that contributed positively in the external trade included apparel articles and clothing accessories (knitted), the export of which grew from $2.24 billion last year to $2.50 billion during the current fiscal year, an increase of 11.87pc.

Meanwhile, the textile commodities that witnessed negativity in external trade included cotton, exports of which dipped by 1.57pc, from $2.97 billion last year to $2.92 billion.

It is pertinent to mention that the country’s merchandise trade deficit plunged by 13.62 per cent during the first eleven months of the current fiscal year compared to the corresponding period of last year, according to the Pakistan Bureau of Statistics (PBS).

Exports during the period under review witnessed a nominal decrease of 0.3pc, as it fell from $21.33 billion last year to $21.26 billion during the ongoing fiscal year.