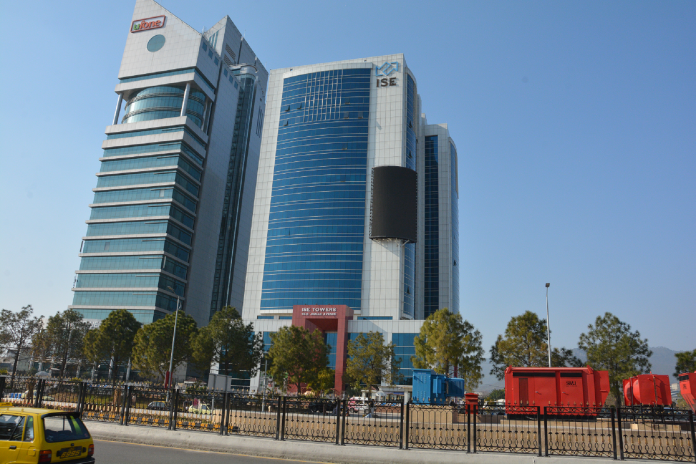 ISLAMABAD: As the country is yet to regulate the real state sector, where, as per an estimate, Rs700 billion are parked, the ISE Towers REIT Management Company Limited (ISE-REIT), formerly known as the Islamabad Stock Exchange, has proposed the establishment of a separate regulatory authority to monitor/regulate the real estate sector.

Addressing a press conference on Tuesday, the ISE-REIT chairman and board of directors highlighted the issues faced by the real estate investment trust (REIT) sector and proposed a supportive framework for its development.

According to them, the real estate sector, which has around $700 billion worth of economy in the country, was still being neglected. They were of the view that owing to a restricted legal framework, the REIT sector could not flourish to a laudable extent.

ISE-REIT Chairman Zahid Latif Khan briefed the media that the company was established as a non-banking finance company (NBFC) in January 2016, upon the merger of three stock exchanges of the country. ISE-REIT plans to launch a REIT scheme in Islamabad in the near future, he added.

He expressed confidence that the ISE-REIT would be beneficial for all stakeholders.

ISE Director Sohail Altaf said that the real estate market was the most heavily invested sector in Pakistan, offering a huge potential for the nation’s economic development.

“The combined direct contribution of construction and housing sectors to the country’s GDP has been higher than 9pc over the past decade. Around 40 industries are associated with the construction sector, which has a spillover effect in a large number of vertically integrated sectors such as cement, steel, wood, cables, ceramics etc.,” he highlighted.

ISE-REIT Director Aftab Ahmad Ch on the occasion gave a detailed presentation on the issues faced by the REIT sector and proposals for the growth of the same. He stated that the real estate sector was beset mainly by speculative investors having exorbitant growth of 126pc between 2012-2018.

Other factors hindering the growth included the absence of clean titles, restrictive building codes, problematic construction regulations and involvement of multiple entities that add costs and delays to the construction and property development projects, he added.

According to the 2018 World Bank’s Doing Business report, it takes nearly seven months to register a property in Pakistan, although builders argue that such period could go up to 16 months for high-rise projects, taking the project costs up by 30pc.

Aftab Ahmad said that the informal nature of the property market and lack of regulatory environment were the main restrictions in the sector’s growth. He noted that one-third of the country’s households were without adequate housing while nearly half of Pakistan’s urban dwellers were living in irregular settlements.

“We appreciate that the government has given this relief to the REIT sector through this exemption, however, we suggest that for a sustainable growth of REIT sector, exemption on profit and gain on sale of immovable property to REIT scheme should be available to all types of REITs at least for ten years i.e. till June 30, 2030.”

ISE Director Syed Mukhtar Hussain Jaffery said on the occasion that the Securities and Exchange Commission of Pakistan, under the Companies Act-2017, was mandated to regulate the instances of acceptance of advances by real estate companies engaged in real estate projects.

“The commission should be tasked to draft the proposed Real Estate Regulatory Oversight Authority Act. After enactment, the administration of the act may be assigned to SECP as it is already overseeing the real estate companies under the Companies Act,” he concluded.