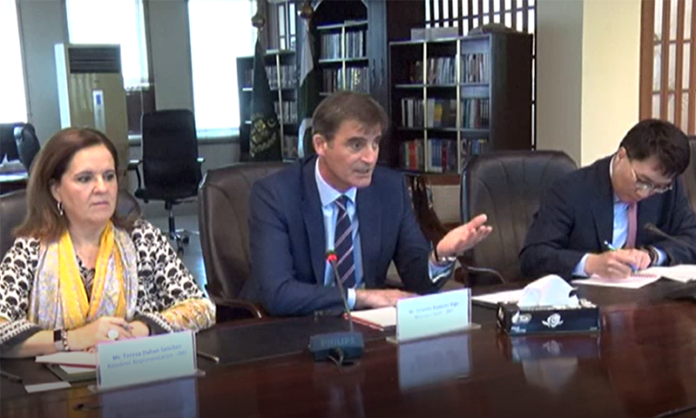 ISLAMABAD: The International Monetary Fund’s mission chief for Pakistan has said that the IMF would release $1 billion tranche for Pakistan shortly.

IMF Mission Chief for Pakistan Ernesto Ramirez-Rigo, while talking to media on Monday, said that releasing the loan for Pakistan would help stabilise the country’s economic institutions.

He said increasing the tax net was imperative for economic stability, besides reducing the fiscal deficit.

Pakistan, the mission chief said, was focusing on economic reforms, adding that growth rate would also go up in the next year.

To a question, he said that the Pakistani government would decide about Euro or Sukok bonds.

The IMF programme, he said, would open up stability in Pakistan. However, he added that consistency in the economic policies was necessary to strengthen the country ‘s financial position.

He expressed the hope that Pakistan’s GDP growth rate would touch to five per cent by the end of the IMF programme.