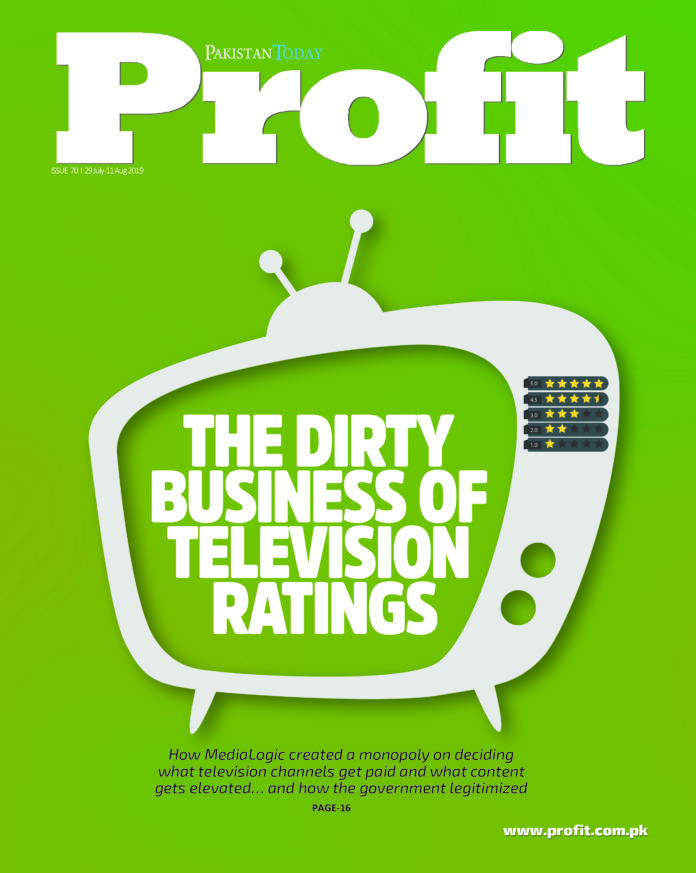 You can always trust the government of Pakistan to take a look at a problem created by the private sector in the country and somehow manage to make it worse with their intervention. Such is most definitely the case as described in our cover story this week, where we take a look at the television ratings market, which determines how nearly Rs38 billion of advertising money will be spent on television advertising, which in turn is what funds the journalists, the producers, the researchers, and the writers who inform the citizens of our republic in addition to the actors, directors, producers, designers, and other artisans who entertain it.

It is an enormous power, and by all accounts, the company wielding it – MediaLogic – has not always been the most responsible custodian of that implicit public trust. The government would justified in its attempts to intervene. The manner it chose to do so, however, was perhaps the least productive possible.

Firstly, the Supreme Court of Pakistan is hardly the venue for the kind of litigation this case would have entailed and we find ourselves surprised that the honourable court decided to take up the matter at all. Having done so, however, their decision to empower the Pakistan Electronic Media Regulatory Authority to publish numbers, and for them to then also increase the cost of doing business for any new competitor in the field by raising the required minimum sample size, cannot possibly serve any real purpose.

On the surface, it solves the problem of MediaLogic withholding data about certain channels that, by all accounts, refused to play the game they way MediaLogic wants it played. But the numbers have now been lent the credibility of a government agency, without any effort being made to improve the quality. Increasing the minimum sample size appears to do that, though it only serves as a deterrent to smaller players that might be able to enter the market and disrupt MediaLogic’s monopoly, which is the real source of the problem.

Ultimately, however, the market will sort out what the market caused: television’s place as the dominant medium is on its way out, with the rise of digital advertising. Why should an advertiser pay for flawed data from MediaLogic when they can get much cleaner data from YouTube or Facebook? In this, as in many things, technology may ultimately render the problem redundant. We just hope the damage to our public discourse is not too great before we get there.