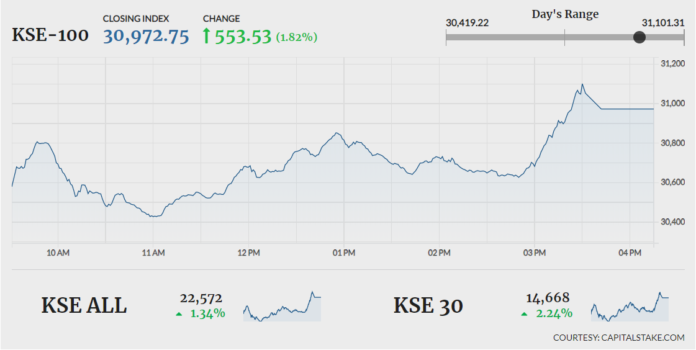 The indices that opened positively on Wednesday soon turned their directions for some time but managed to recover and close the session with decent gains.

Meanwhile, Securities and Exchange Commission of Pakistan’s newly appointed Chairman Aamir Khan held a number of meetings with PSX stakeholders during his three-day visit to Karachi.

Dawood Hercules Corporation Limited (DAWH -0.67pc) announced its financials for the second quarter of FY19 along with an interim cash dividend of Rs3.00 per share. Earnings per share rose from Rs0.86 in 2QFY18 to Rs2.99 in 2QFY19.

International Industries Limited (INIL +4.99pc) announced its financial performance for the year ending 30th June 2019. A final cash dividend of Rs3 was also declared in addition to Rs2.50 already paid. The company’s sales improved by 3pc YoY, while its earnings per share declined from Rs13.19 in FY18 to Rs13.13 in FY19.