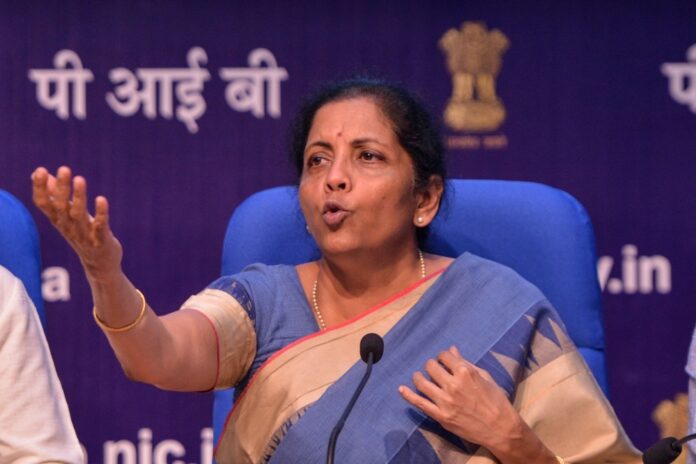 When Prime Minister Narendra Modi was re-elected in May with a sweeping majority, Indian stock markets jumped to all-time highs as investors anticipated big bang pro-business reforms to revive a flagging economy.

But sentiment is souring in the country’s boardrooms after a much-anticipated budget in July failed to provide any stimulus, and instead hiked taxes on the ultra-rich and on foreign portfolio investors.

Several businessmen say Modi’s government needs to take swift action on the economy, but instead it seems preoccupied with the situation in Kashmir, which is under lockdown after authorities curtailed the autonomy of the restive region.

“India Inc is worried that the slowdown may deepen further. We need action,” Godrej said in an interview, citing tax breaks for the auto sector and big companies among his top wishes ahead of his taking any major decisions to weather the slowdown.

India’s GDP growth in January-March slid to a near five-year low of 5.8 per cent, and most analysts expect data due later this month to show that growth in April-June faltered even further.

Godrej’s fears were echoed in interviews with over a dozen businessmen, fund managers, foreign investors and executives with multinationals, revealing widespread unhappiness among the very business elite that cheered Modi to power.

Modi’s office did not respond to requests for comment.

Companies have already started to cut their workforces. The autos sector alone has laid off about 350,000 workers since April and even companies like cookie maker Parle — which sells biscuits for as little as 5 rupees, or 7 cents, a pack — have warned they may have to lay off up to 10,000 workers, due to weakening demand.

The broad Nifty index has shed more than 10pc since hitting a high in June, in part pressured by the trade war between the United States and China. Foreign portfolio investors yanked $1.8 billion out of Indian equities in July alone.

Investors say they want clarity from Modi on what his government plans to do about the economy, and the beleaguered lending sector.

Banks are grappling with almost $150 billion in bad loans and a massive shadow lending industry has been stung by a liquidity crunch after the collapse of major player Infrastructure Leasing & Financial Services (IL&FS).

Similarly, bankers have urged the government to announce a stimulus package that drives investment and new lending.

The Finance Ministry did not respond to questions about any planned measures.

Officials in New Delhi, speaking on condition of anonymity, told Reuters the government is unlikely to provide a stimulus or tax breaks because this could compromise India’s fiscal deficit target of 3.3pc for fiscal 2019-20.

Krishnamurthy Subramanian, India’s chief economic adviser, said on Thursday that using public money to help the private sector was a “moral hazard.” Some banking and finance executives who met Sitharaman recently have criticised her, saying her attitude during meetings was not constructive.

“There is no discussion. It is mostly: ‘Thank you we’ll look into it’,” said one investor of a meeting with her.

The Finance Ministry did not respond to requests for comment about the meetings.

The Reserve Bank of India has been slashing interest rates, including an unconventional 35 basis point cut this month, but the stressed banking sector has yet to fully pass on the benefits of lower rates.

Modi’s supporters point to his successes though, including a unified goods and services tax in 2017 that they say is poised to bring more of the informal economy into the tax net, and contend businesses should be patient.

“The economy has slowed down liked the rest of the world, but I remain optimistic about the future,” said Sunil Alagh, the head of marketing firm SKA Advisors, and a Modi supporter. “Modi will take corrective action.”

Many businessmen also say the government is going overboard in a drive against tax evasion, corruption and money laundering.

Naresh Goyal, the founder of bankrupt carrier Jet Airways , and his wife were stopped from flying out of India in May, while former finance minister P. Chidambaram was arrested on Wednesday after police officers scaled the wall of his New Delhi home in an operation shown on national television.

State-run bankers have privately said they are too afraid to take haircuts on soured loans or lend to troubled companies for fear of later being accused of wrongdoing.

Modi has said he is merely ensuring white collar criminals are not let off the hook.

In his Independence Day address on August 15 though, Modi did try to assuage corporate India’s fears, saying “We should stop viewing our wealth creators with suspicion: they deserve greater respect.”

Still, with no specifics on how the government plans to address the jitters, many businessmen remain disillusioned.

“Five years ago it was a new beginning. It was like when you fall in love,” said a Mumbai-based manufacturer, asking to remain anonymous for fear of retribution. “Now the dream is punctured.”