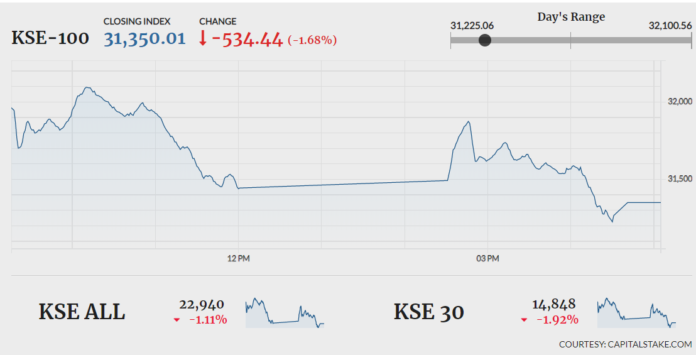 KARACHI: The Pakistan Stock Exchange (PSX) was surrounded by dark clouds on the last trading session of the week, as investor sentiments were shaken following news reports regarding Pakistan’s position on the Financial Action Task Force (FATF) list.

Pak Elektron Limited (PAEL +1.78pc) declared its financials for the second quarter of FY19. The company’s sales increased by 23pc, while its earnings per share improved from Rs0.15 in 2QFY18 to Rs0.17 in the period under review.