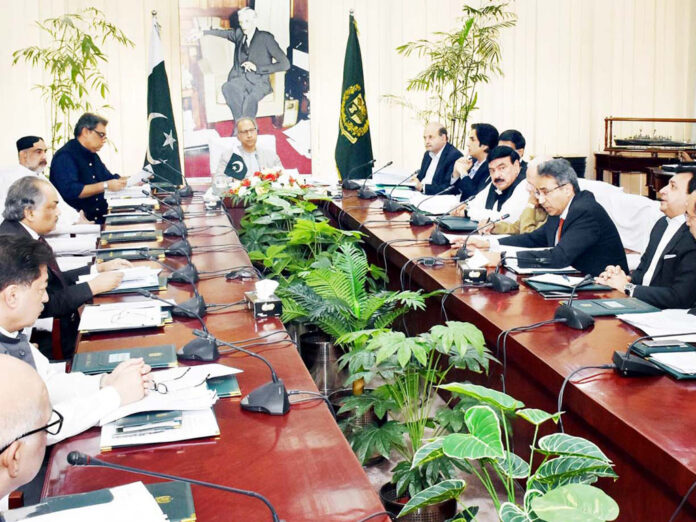 ISLAMABAD: The Economic Coordination Committee (ECC) has approved proposals submitted by the Ministry of Industries and Production for payment of salaries to the employees of Pakistan Machine Tool Factory (PMTF) and Pakistan Steel Mills (PSM).

The ECC meeting was held in Islamabad on Wednesday with Adviser to Prime Minister on Finance and Revenue Dr Abdul Hafeez Shaikh in the chair.

The committee directed the Finance Division to release the one-month (June) salary, amounting to Rs355 million, to the PSM employees.

It further authorised the division to arrange for the payment of the projected net salary of Rs4.09 billion to the PSM employees for FY20.

Similarly, the committee approved a proposal for the payment of Rs128 million to the PMTF employees in the head of salaries (February to May 2019).

It also directed the Ministry of Industries and Production to hold a meeting with the Strategic Plan Division (SPD), Commerce Division, Sindh Building Control and Sindh Revenue Control to finalise a plan to hand over PMTF to SPD after clearance of all liabilities.

The meeting accorded approval to a proposal of the Power Division for payment of electricity charges by the Sindh government as Thar subsidy for 4,514 domestic consumers of Taluka Islamkot.

The ECC, on a summary submitted by the Ministry of Energy, also approved a proposal for budgetary allocation on annual basis for payment to Asia Petroleum Limited through Pakistan State Oil under a technical supplementary grant from the current financial year.

The committee asked the Ministry of Energy to take quick remedial measures to offset the accumulating shortfall by engaging local refineries to use APL’s network as reverse pipeline until the contractual obligation ending in 2027.

The ECC, on a summary submitted by the Ministry of Maritime Affairs, approved a proposal regarding necessary amendments and exemptions in Income Tax Ordinance, Sales Tax Act and Customs Act for the Gwadar Port and Gwadar Free Zone.

It asked the Law Division to suggest a way forward in this regard and come up with a solution in the next cabinet meeting after due consultations with relevant stakeholders.

The ECC was briefed by the Ministry of National Food Security and Research on the wheat situation in the country with the prices of wheat showing a slight drop in recent days.