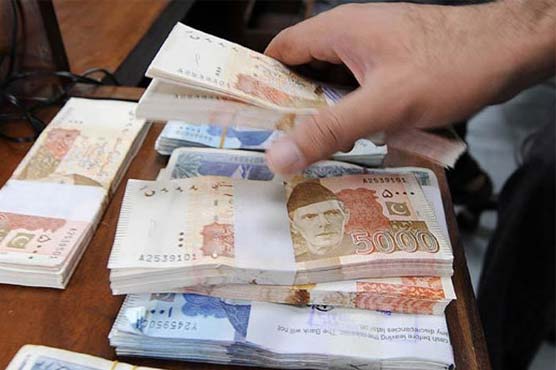 ISLAMABAD: The government only borrowed Rs3.44 trillion to finance its budget deficit during the financial year 2018-19 (FY19) while the figure of Rs11 trillion being reported in a section of the media as ‘increase in total debt and liabilities’ requires certain clarifications, a press release issued by the Ministry of Finance said on Tuesday.

The MoF maintained that the total debt and liabilities actually increased by Rs10.33 trillion (from Rs29.88 trillion to Rs40.21 trillion) during FY19.

“It is useful to analyse the growth in each of the five distinct components of the overall debt and liabilities figure.

“Firstly, the total public debt increased by Rs7.75 trillion during FY19, out of which Rs3.44 trillion (44pc) were borrowed to meet the budget deficit; Rs3.03 trillion (39pc) were due to currency depreciation; Rs1.02 trillion (13pc) were offset by higher cash balances necessary for effective cash management as the government is committed to zero-borrowing from State Bank of Pakistan (SBP) in future; and Rs0.26 trillion (3pc) is difference between face value (which is used for recording of debt) and the realized value (which is recorded as budgetary receipt) of Pakistan Investment Bonds (PIB) issued during the year.”

Secondly, the statement continued, foreign exchange liabilities of the State Bank of Pakistan (SBP) increased by Rs1.09 trillion. These liabilities arise due to foreign currency deposits placed by different countries and institutions with SBP. The increase was largely (Rs0.73 trillion or 67pc) due to increase in foreign currency deposits, a positive development, and partly (Rs0.36 trillion or 33pc) due to currency depreciation.

According to the ministry, public sector entities’ (PSE) debt increased by Rs 0.65 trillion. PSEs borrow in line with their business plans. The increase (Rs0.50 trillion or 77pc) was largely due to additional borrowings and partly (Rs0.15 trillion or 23pc) due to currency depreciation.

“Fourthly, Debt for Commodity Operations decreased by Rs 0.06 trillion which is also positive,” it added.

The ministry stated that the private sector’s external debt increased by Rs0.9 trillion. This is not a government’s liability and is included in ‘total debt and liabilities’ because of its implications on foreign exchange reserves. The increase (Rs0.75 trillion or 83pc) was largely due to currency depreciation and partly (Rs0.15 trillion or 17pc) due to additional borrowings.

In view of the above, out of the total increase of Rs10.33 trillion in Total Debt and Liabilities, only Rs3.44 trillion (33pc) has been spent on the financing of fiscal deficit and Rs0.5 trillion (5pc) has been borrowed by PSEs for spending on their financing needs. Retirement of Rs0.06 trillion (-1pc) is a welcome development, whereas an increase of Rs0.26 trillion (3pc) is due to accounting policy relating to long-term bonds.

Increase of Rs4.27 trillion (41pc) is due to currency depreciation which is a consequence of the wrong exchange rate, industrial, and trade policies of the previous government that led to large and unsustainable current account deficits and ultimately to sharp exchange rate adjustment.

Increases to the extent of Rs1.02 trillion (10pc) in government’s cash balances and Rs0.73 trillion (7pc) in SBP’s foreign exchange liabilities should not be interpreted as debt because these are offset by cash balances of government and liquid assets of SBP.