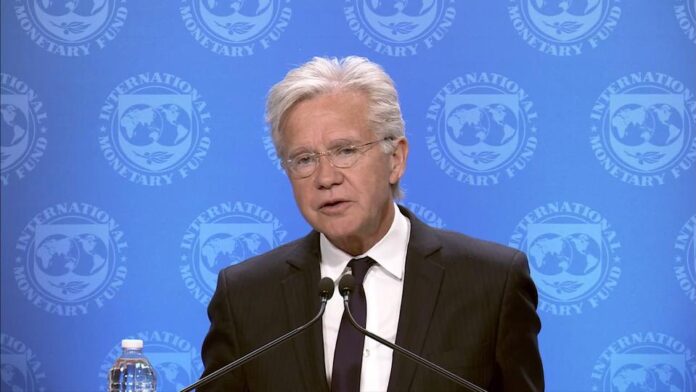 The IMF executive board on July 3 had approved a $6 billion bailout package for Pakistan.

While addressing a press briefing in Washington on Thursday, in response to a question regarding whether Pakistan could be advised to cut subsidies and development spending to keep the primary deficit in line, Rice said that IMF Managing Director David Lipton had also emphasised the need to mobilise domestic tax revenue in an earlier meeting with Prime Minister Imran Khan.

“Let me add that we expect an IMF team to be in Pakistan in the next few days, including our director for that area, Jihad Azour will be there,” Rice added.

On September 6, the finance ministry issued a statement in which they said misunderstandings had emerged in the media around the scheduled visits of IMF Middle East and Central Asia Director Jihad Azour and a technical team over the next couple of weeks.

It had said the ministry would meet next week with Azour and apprise him on the results achieved so far. “However, this is not an IMF review mission as certain segments of the media have suggested.”

Azour’s visit was planned for September soon after the finalisation of the Extended Fund Facility programme.

The government also said that its reform agenda signed with IMF was on track and the progress so far on nearly all the performance and structural benchmarks for the first quarter of the current fiscal year were very encouraging with a strong indication that all the targets would be met.

The finance ministry was reportedly compelled to issue the statement after there were certain media reports about programme renegotiation owing to major fiscal slippages on the conclusion of fiscal year 2018-19. The ministry said it believed the “targets under IMF programme are ambitious, there is no need to renegotiate”.

IMF technical levels talks are expected to be held at a later stage after completion of the first quarter of the year and will provide both teams with the opportunity to review progress made to date, the ministry added.