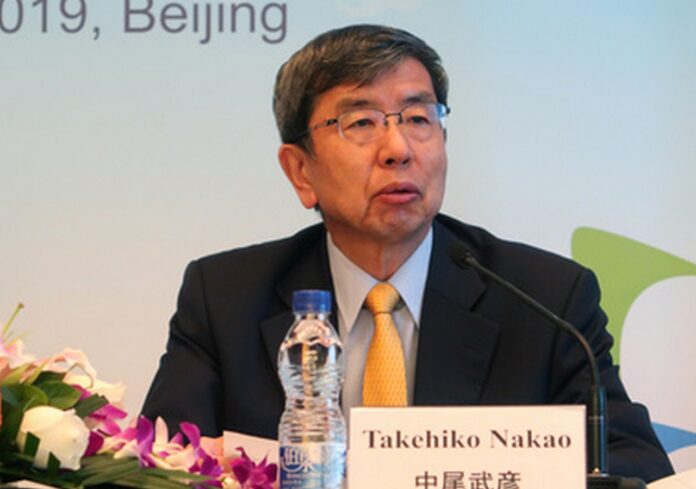 MANILA: Takehiko Nakao announced on Tuesday his resignation as president of the Asian Development Bank (ADB), effective Jan 16, 2020, the Manila-based bank said in a statement.

“I am announcing my resignation with a deep sense of satisfaction and gratitude. With support from staff, board members, and member governments, we have achieved many things,” Nakao said in his remarks to the bank staff and board members.

Nakao, a Japanese who assumed office as president of the bank on April 28, 2013, did not state the reason for his resignation.

“Although my term remains as I was reelected on Nov 24, 2016, for the 5-year term, I feel this is a good time to ask someone with fresh ideas and a strong commitment to development to succeed me. I announce my resignation now so that the institution can have a smooth transition of presidential administrations,” Nakao added.

According to the statement, the election for the new president of ADB will be in accordance with the open, transparent and merit-based procedure.

Established in 1966, the Asian Development Bank is owned by 68 members and 49 members are from the Asia-Pacific region.

ZURICH: Credit Suisse Group said it planned to hire over 1,000 IT employees in India this year to show its commitment to the country...
Read more
HEADLINES

ISLAMABAD: The National Accountability Bureau (NAB) has decided to investigate the Rawalpindi Ring Road Project over alleged corruption committed in the acquisition of land.  In...
Read more
- Advertisement -

May 18, 2021
Remittances by overseas Pakistanis continued to surge, rising to an all-time high of $2.8 billion in April, 56 per cent higher than a year...