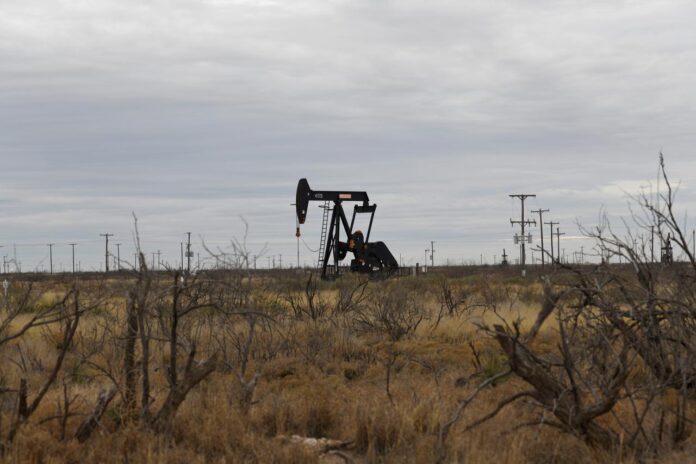 Tension in the Middle East remained elevated, however, after the Saudi Defence Ministry held a news conference, displaying drone and missile debris it said was “undeniable” evidence of Iranian aggression. US President Donald Trump on Wednesday said he ordered a major increase in sanctions on Iran in the latest US move to pressure Tehran.

Iran has denied involvement in the strikes.

“Rising stocks will further reassure the market that there is sufficient cushion to absorb temporary supply shortfalls after attacks on oil facilities in Saudi Arabia,” Commerzbank analyst Carsten Fritsch said.

Still, crude inventories in Cushing, Oklahoma, the delivery point for benchmark futures, declined for the 11th week in a row last week, the longest streak of losses since August 2018.

Oil prices tumbled 6pc on Tuesday after the Saudi energy minister said the kingdom had restored oil supplies to customers to their level before the attacks by drawing from its inventories. Saturday’s attacks effectively shut 5pc of global oil output.

“Overall, as long as we see this heightened volatility arising from escalating geopolitical risk along with 2020 oversupply/weak demand problems, generalists are likely to remain sidelined from the energy sector,” analysts at Tudor Pickering Holt said in a note.

The International Energy Agency said it currently did not see a need for the release of emergency oil stocks.