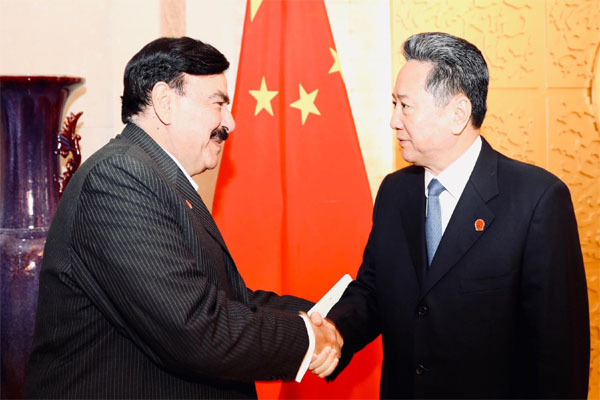 During meeting with Chinese Minister for Transport Li Xiaopeng, he said the project would prove to be a milestone and open up new vistas of opportunities and progress for Pakistan, a press release received from Beijing said.

The minister said China’s investment of billions of dollars in Pakistan was a great example of trust between the two countries.

During the meeting, matters of mutual interest came under discussion and ways to improve the system of Pakistan Railways were also discussed at length.

Paying tribute to Prime Minister Imran Khan on taking a keen interest in the ML-I project, Sheikh Rasheed said Chinese government and companies were playing vital role to put Pakistan Railways on the path of progress and prosperity.

“The railway line would be completed under the China Pakistan Economic Corridor (CPEC) Framework.”

He said a 1,872-kilometer dual track would be laid between Peshawar to Karachi under ML-I project and the speed of the train would be enhanced to 160km per hour.