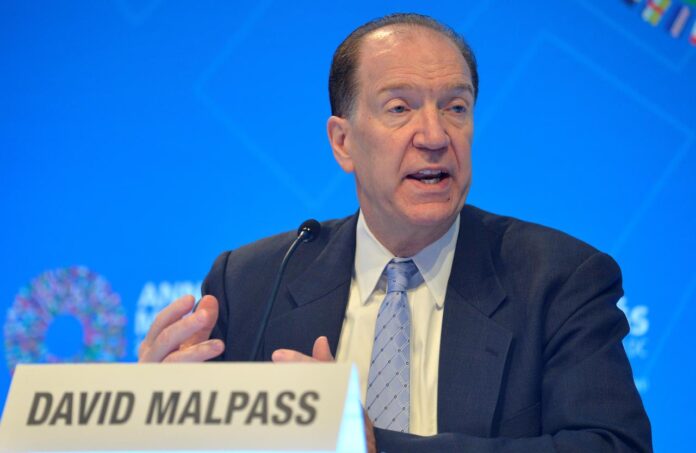 WASHINGTON: World Bank President David Malpass said on Thursday that clarity over Britain’s exit from the European Union would strengthen the outlook for global growth, aiding both rich nations and the developing world.

“If there were clarity in that outlook it would help the growth environment quite a bit,” Malpass told reporters during the IMF and World Bank fall meetings after the EU and Britain, the world’s fifth-largest economy, announced a tentative deal.

After several days of negotiations, Prime Minister Boris Johnson on Thursday said that Britain and the EU had agreed a “great” new Brexit deal, but it must still be approved by the British parliament.

European Commission President Jean-Claude Juncker said he would recommend the EU’s speedy approval of the agreement.

Malpass said Brexit uncertainty had been weighing on trade and the economic outlook for both Britain and the EU. Resolving the issue would have benefits for those economies and the developing world, he said.

Kristalina Georgieva, the managing director of the International Monetary Fund, called the agreement “good news,” and said she hoped the will to complete the deal “holds in all quarters.”

She told reporters the IMF had estimated that Britain’s gross domestic product would grow by 3.5pc to 5pc less if it exited the EU without a deal, while such a move would shave 0.5pc off the GDP of the EU.

Even with a deal, Britain’s GDP stands to drop by 2pc, Georgieva said, although she noted that much of that impact had already been absorbed given the long period since Britain’s vote to leave the bloc in 2016.

The IMF downgraded its forecast for economic growth in Britain this year to 1.2pc from the 1.5pc it forecast three months ago, which would be the weakest since 2009.