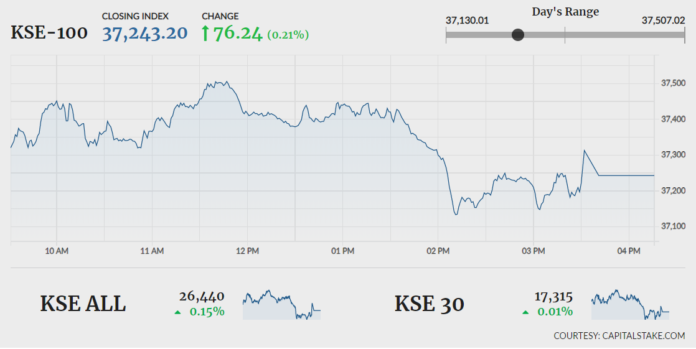 KARACHI: The Pakistan Stock Exchange (PSX) ended a range-bound session on Thursday slightly positive. Foreign investors closed as net buyers for the sixth consecutive session on Wednesday with a net inflow of $1.80 million.

Meanwhile, Honda Atlas Cars (Pakistan) Limited (HCAR +4.99pc) sales dropped by 54pc in 2QMY20. Gross profit margin improved from 7pc in the last quarter to 10pc. Other income fell 86pc compared to the previous quarter while finance cost surged by 267pc. The company’s earnings per share increased from Rs1.69 in 1QMY20 to Rs 3.57.

According to media reports, automakers have decided to reduce their production to cut operational costs owing to low demand in the market. HCAR would observe 23 days of non-production during the month while Indus Motor Company Limited (INDU +4.72pc) has already announced to operate with a single shift till December 2019.