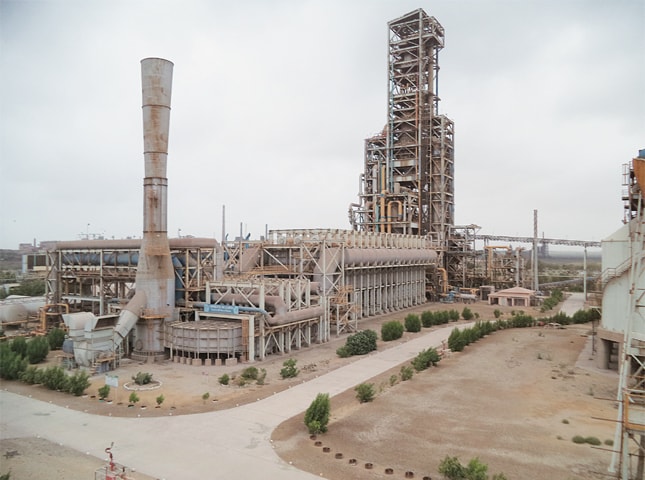 ISLAMABAD: Amid serious reservations of the local steel industry, the government has planned to revive Tuwairqi Steel Mills Limited (TSML), as a summary in this regard has been submitted to the Economic Coordination Committee (ECC) for approval.

TSML, a joint foreign direct investment (FDI) project by Saudi Arabia’s Al-Tuwairqi Group of Companies and a South Korean firm, was established at Bin Qasim, Karachi, over an area of 220 acres. The Saudi firm had stopped its work on the plant after the Pakistan Muslim League-Nawaz (PML-N) government had refused to provide gas at a discounted rate.

The initial plan for TSML was to make it the largest steel complex in Pakistan, having a production capacity of 1.28 million tonnes per annum. It’s Direct Reduced Iron (DRI) plant was shut down for several months in 2014 due to the dispute over gas supply. The first phase of the DRI plant was completed at a cost of $340 million, while the capital injection in phase-II and III was expected to be in the range of $850 to $900 million.

This investment was subject to the commercial success of the DRI plant. The TSML management had requested gas supply at Rs123 per million British thermal units (mmbtu) in order to effectively operate the plant. However, the previous government had refused, saying that this would amount to a subsidy of Rs25 billion over five years.

Meanwhile, the Pakistan Tehreek-e-Insaf government has now prepared a framework to revive the mill. The framework, submitted to ECC on November 20, is based on talks held between TSML and the government on the revival plan for the entity with a fresh injection of around $700 million.

As per the summary, the government would provide gas at the cost of $4.65 per MMBTU to a DRI unit based on first come first serve basis, to be used as feedstock for a maximum period of up to 10 years.

In case of non-availability of gas, the government would help provide gas through other available resources, including imported RLNG, on terms and conditions with prospective investors to be decided on a case-to-case basis depending on the international price of RLNG.

Apart from the cheaper and ensured gas facility, the government, through the summary, would also provide tax exemptions to the new investors as well as the new investment for the revival of plants.

There will be a minimum turnover tax slab for the prospective investor on a case-to-case basis with the approval of the Federal Board of Revenue. Besides, there will be exemption from additional customs duty of 2pc on iron oxide pellets or any other intermediary product specific to DRI plant and not produced/processed in Pakistan shall be considered on a case-to-case basis by FBR without creating market distortions.

For export of DRI products under this framework, the government shall encourage the DRI units to be set up in export processing zones or special economic zones subject to land availability.

However, to avail the facility under the framework, the government has set $500 million as a minimum threshold of FDI, which is the main source of concern for the existing the steel companies as they cannot make such hefty investments.

According to industry sources, the minimum threshold for investment in the sector is set only to facilitate TSML instead of providing a level playing field for both foreign and local investors. “Discouraging the existing steel companies and investors through such a move will not serve the industry and country. Protection of domestic industry is the priority of every country. However, the case in Pakistan is unfortunately different,” they added.

Sources said the gas-based DRI would also not serve the local industry well because it doesn’t match the technical parameters of technology that is prevalent in Pakistan. He questioned the way subsidy is given to TSML on the basis of demonstrable export proceeds. “The same subsidy should also be given to local industry for export enhancement and import substitution,” he maintained.