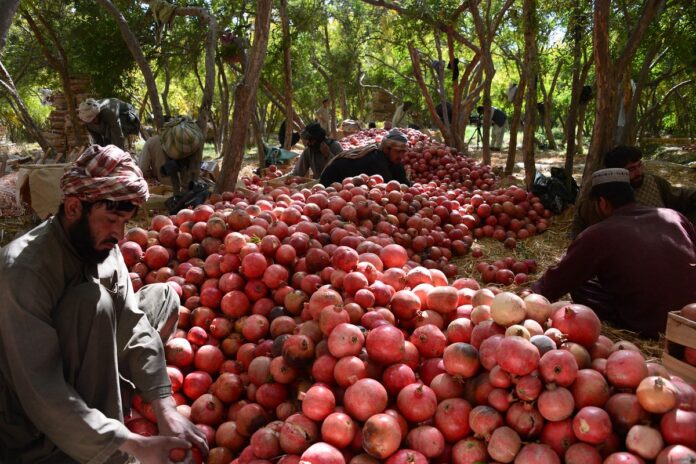 ISLAMABAD: A Customs Intelligence team has confiscated a huge quantity of smuggled pomegranates at Torkham customs-station.

According to details, Customs Intelligence-Peshawar seized 14.11 metric tonnes of smuggled pomegranates at Torkham customs-station and an FIR has accordingly been lodged against the truck driver and a customs official posted in the area.

As per Customs Intelligence, the Peshawar office had intercepted a vehicle number ‘KBL-3813’ carrying pomegranates to Peshawar on 19th November 2019. When asked about import documents, the driver of the vehicle provided GD number ‘TLCS-11C-18146’, which upon verification from the WeBOC system, turned out to be fake, as the system showed original GD was of grapes.

The preliminary inquiry revealed that after crossing the border through routine import point, an entry pass was issued to the driver and the vehicle was weighed at NLC Bridge Torkham. Thereafter, however, the vehicle came out of the import yard; the driver was handed a gate pass as well as a fake GD by another person (who has been nominated in the FIR) without examination and other required processes.

Documents stated that this gross violation of prescribed procedures would not have been possible without the active connivance of customs staff deputed at the Torkham customs-station.

The vehicle and import documents of the goods were also not checked at any of the three check posts manned by the Customs’ preventive staff.